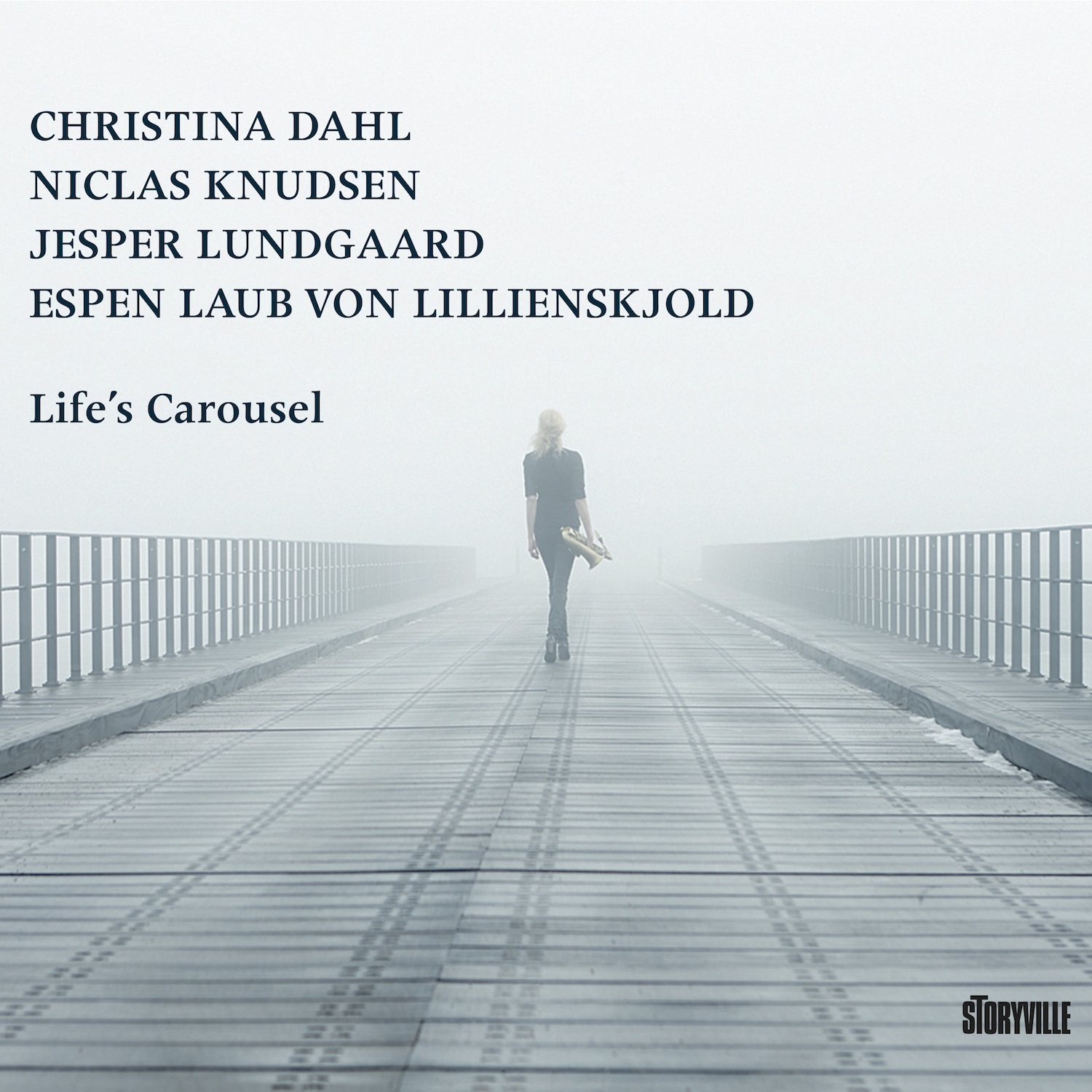 The quartet consists of Jesper Lundgaard, who plays with great virtuosity and is an internationally acclaimed bass player; Espen Laub von Lilienskjold, a young talented drummer who is able to follow the music unconditionally with great musical energy; and Niclas Knudsen, a great guitar player with a big personality who is able to express himself freely and lyrically.

Together the quartet recorded eight tunes all composed by Christina Dahl. Because of a fire in the studio the musicians had to relocate to a house in the countryside for the recording session. This created an intimate atmosphere where the musicians where able to communicate directly with each other.

All the musicians have the roles as soloists creating a space for personal originality and free communication. The quartet plays with freedom and dynamics, which comes to life in a spacious and playful ensemble.

In all the compositions lie tales that have a symbolic relation to life and its richness in all its forms and colors. “Through my compositions I try to reflect on life,” says Dahl and continues: “Creating musical snapshots of life’s extremes, contrasts and vulnerability. Composing music to me is telling tales - moments of music and pictures. This comes to me as a unified whole. It just is. That is why I always begin the compositions by telling the story when I’m performing.”

Christina Dahl is one of the most respected Danish tenor saxophonists. She has played with Bob Brookmeyer, Marilyn Mazur, Carsten Dahl, Lars Danielsson, Alex Riel among others and studied jazz and composition at the Conservatory of Rhythmic Music in Denmark. In 2010 she released “Now Is Now” on Storyville Records.

Just listening to her tone for the entire album is a guaranteed balm for whatever ails you.

"The quartet (...) makes the music exude of intimacy, confidentiality and a desire to explore."

A new fine recording from Christina Dahl and her fellow musicians - this can absolutely be recommded.