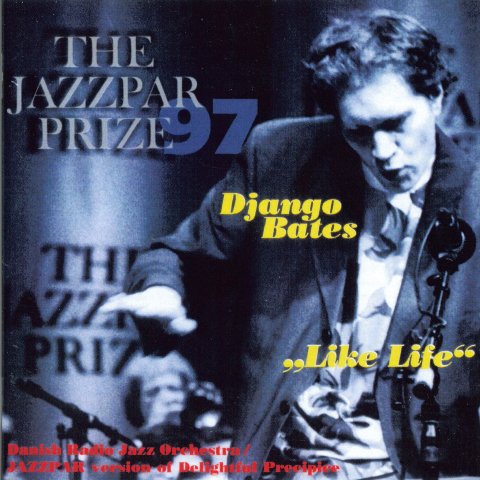 Django Bates, born in 1960, heard a wide mixture of sounds in his parents' home and was a precocious musician, even before going to music college. He left after two weeks, and played successively in such varied groups as Borderline, First House and Earthworks. In parallel, he led his own small group Human Chain and became a leading member of Loose Tubes. He formed his own large-ish group Delightful Precipice (1990-present).Bates' music has a very special sound, compounded in roughly equal parts of seriousness and satire, harmonic ingenuity and rhythmic dynamism, expert orchestration and general vibrancy.

Tightrope Once A Penguin, Always A Penguin The Loneliness Of Being Right Like Life New York, New York Misplaced Swans The Importance Of Boiling Water Peculiar Terms Of Physical Intamacy Armchair March Night At The Circus