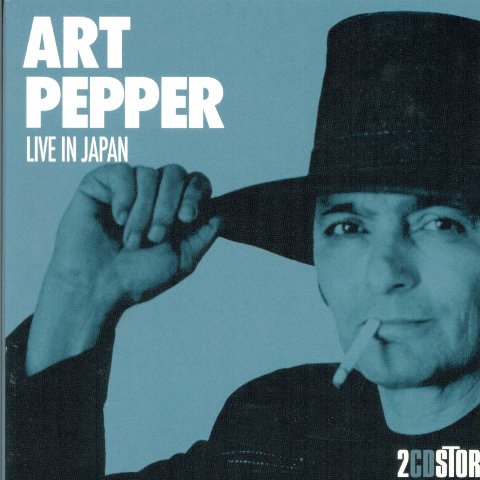 Art Pepper played with Benny Carter when he was 18 and gigged around Central Avenue with all-black groups such as Lee Young Sextet and later with Stan Kenton. Then he was in the army for two years and then back to Stan Kenton untill 1952. He was inactive the next few years while serving several jail terms for drug abuse. He appeared at Newport in 1977 and toured Europe and Japan for the first time in 1978. He was influenced by Benny Carter, Charlie Parker, Lester Young and finally John Coltrane. This double CD was a live recording at the YBC TV Hall in Yamagata, Japan March 14, 1978. 7 long tracks are on the 2 CDs. 4 his own compositions and three standards.