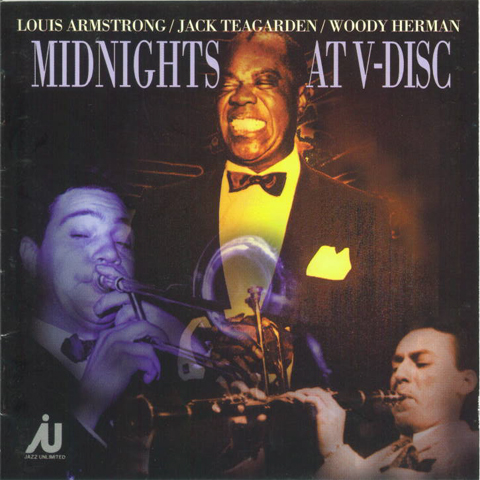 A treasure of outstanding jazz was recorded for the U.S. Government during World War II and distributed throughout the world on V-Discs but the single session that stands out is the first one on this record, issued complete and in superb fidelity for the first time. The session began at midnight, December 7, 1944 and ended three hours later. On all but two tracks, Jack Teagarden is not only featured, but turns in some of the most inspired playing of his long career. Louis Armstrong, a surprise visitor to the session was in top form also. This was one of the few opportunities Louis had in more than a decade to record with this kind of group. Here we have a bunch of fine musicians, all performing at the peak of their powers. Shortly after the December 1944 session, Metronome editor George Simon arranged a second midnight V-Disc session; this time at the Vanderbilt Theatre on West 58th St. in New York. The quality of both the music and the sound on these two sessions should please all collectors acquiring this outstanding CD.