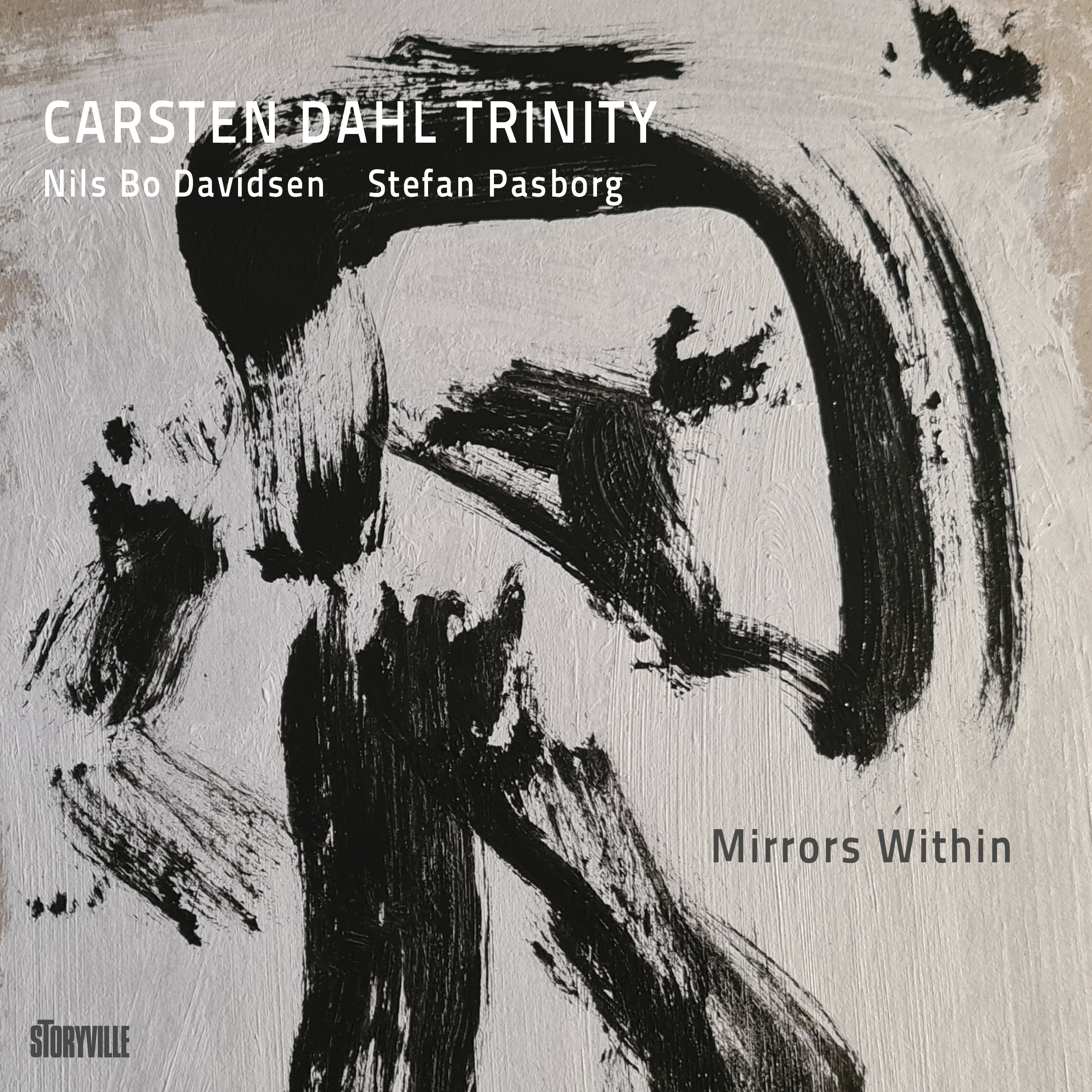 When pianist Carsten Dahl went into the studio with his perennial fellow musicians, the bassist Niels Bo Davidsen and the drummer Stefan Pasborg, it was with a special dogma: Not to say a word throughout the recording. Mirrors Within was created in a continuous sequence of first takes and everything was improvised without previous agreements or ideas, except ’Falling Down’ and ’How I Hear Beauty’ based on some chords Dahl scratched down on a piece of paper in the studio. There is a natural, fluent and electric feeling in the music.

The trio creates a series of intense pieces most of them no longer than 3-4 minutes, but together they constitute a suite-like process with stimulating variation in form and expression.

‘To me Mirrors Within is the picture of the collective and the universal’, Dahl says. ‘In the music we mirror ourselves in one another. But the mirror can also break and behind it is black’.

Hereby he insinuates the both bright and dark sides of his own artist life. He has spoken in public about trauma, therapy and medicine. Music, painting and poetry are his creative responses. Dahl, Davidsen & Pasborg have developed a special musical dialect together. We are way beyond instrumental skills, which are top class, but it is about much more than that. The best way perhaps to summarize the activities is with the word: empathy. Not as a feeling, but as an ability to participate in a mutual human action which otherwise could not be realized. It´s spontaneous and straight forward just like the brush strokes by Dahl seen on the album cover. But it´s not random what goes on. The trio establish a sonic architecture as clear and vivid as a mountain source. ‘When we enter the room together, we compose instantly’,

Dahl says. ‘We are playing composers. We are very close to the ability of creation. This recording is the essence of what creation is about in an improvisatory context.’

Carsten Dahl Trinity has created a multifaceted, rich and important album with a wide range and yet a clear profile

Such a lovely record from an outstanding trio

The record gets a huge recommendation from this blog

A superb and super creative release