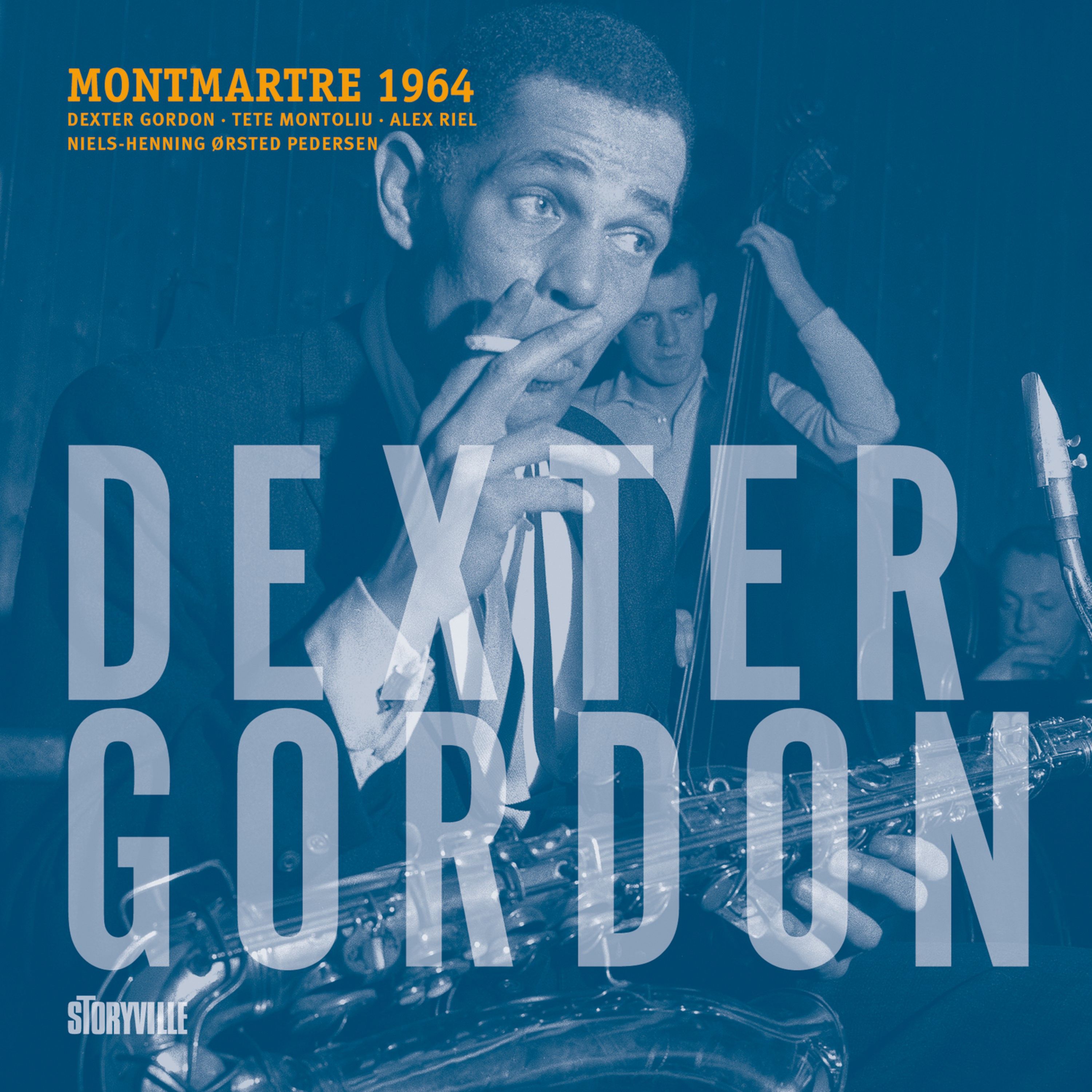 Listening to this album takes you back to the atmosphere and sound of Jazzhus Montmartre on a random night in the 1960s, engulfing you in Dexter Gordon’s enormous aura. Dexter’s arrival in Copenhagen had a tremendous impact that left a lasting impression on the Danish jazz scene. He was handsome and well-dressed. His playing was superb, with a giant sound; his introductions and showmanship were unique and captivating. In addition, Dexter felt the Danish mentality was well-suited for playing and enjoying jazz. “It was always there”, Alex Riel remembers “It wasn’t a case of going to work, even though we played every, single night in June, July and August during the summer of 1964. Dexter and Tete were there solely for the music, and so were Niels-Henning and I. It is so obvious when I hear the music today. Dexter loved being in Montmartre. He often stayed and jammed with the night shift when it took over, playing on till early morning. I clearly remember us standing outside Montmartre one bright summer morning when the milkman came by. In those days the milkman drove around, delivering bottles of milk to the front doors of apartment buildings in Copenhagen. He brought his young daughter along to lend a hand, and it was hard not to notice her ample bosom beneath her thin T-shirt. Dexter took one look, then said, “Really (that’s what he called me), can she just walk around town and there’s no one who ...? You could never do that in New York ... I’m staying right here!’ And Dexter ended up owning Copenhagen!”

It’s impossible not to notice Niels-Henning Ørsted Pedersen on this recording. He was already a virtuoso in 1964, at the age of 18. NHØP was a genius on the contrabass. First and foremost, however, this session is an excellent example of how good it sounds when musicians get to play together every night, week after week. The trio played with Dexter three months throughout the summer to a full house every night. With the great Tete Montoliu the trio was burning behind Dexter. This album is an example of the superior quality of the music that was played at Montmartre during this golden era. Thank you, Dexter for all that you gave us!

“I think the European audience is more into the music than the Americans. They don’t just listen on the surface. They listen to the feelings, the modulations … They have a whole other outlook on everything … Not just music, also literature and art,” Dexter Gordon, 1964

Dexter Gordon (February 27, 1923 – April 25, 1990) was an American jazz tenor saxophonist and an Academy Award-nominated actor (Round Midnight, Warner Bros, 1986). He is regarded as one of the first and most important musicians to adapt the bebop musical language of people like Charlie Parker, Dizzy Gillespie, and Bud Powell to the tenor saxophone. His studio and live performance career were both extensive and multifaceted, spanning over 50 years in recorded jazz history. Gordon's height was 6 feet 6 inches (198 cm), so he was also known as "Long Tall Dexter" and "Sophisticated Giant". He played a Conn 10M 'Ladyface' tenor until it was stolen in a Paris airport in 1961. He then switched over to a Selmer Mark VI. His saxophone was fitted with an Otto Link metal mouthpiece, which can be seen in various photos. In 1985, Dexter Gordon was named a member and Officer of the French Order of Arts and Letters by the Ministry of Culture in France, and was nominated for an Academy Award in 1986. He died on April 25, 1990, in Philadelphia, Pennsylvania.