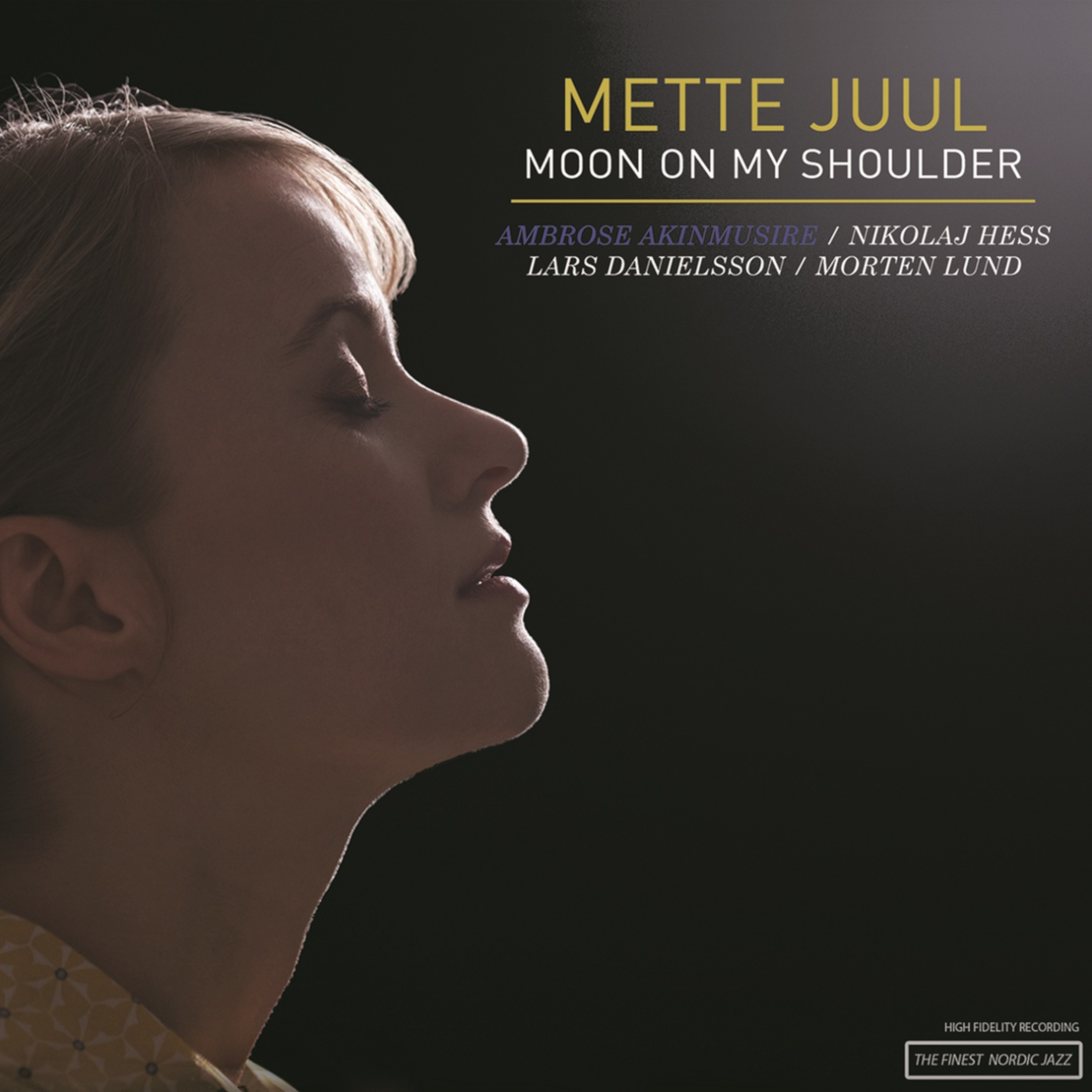 Moon On My Shoulder

MOON ON MY SHOULDER

On her 2012 release, Moon On My Shoulder, jazz vocalist Mette Juul has created a fervent and elegant sound, and turned away from the full orchestration in order to produce a personal vocal jazz album that forms a beautifully calming and homogeneous soundtrack to hectic, modern lives.

Mette Juul blasted her way into the hearts of many jazz critics back in 2010 with her debut album, “Coming In From The Dark”, with the legendary rhythm champion Alex Riel and his trio. Distinguished musicians such as trumpeter, Palle Mikkelborg, and guitarist, Poul Halberg, furthermore supported the young singer on her debut. The album was released on Cowbell Music and received a lot of great reviews in Denmark, Sweden, Germany, Finland and Japan.

On this album, Juul has teamed up with the international jazz icon and hot Blue Note trumpeter, Ambrose Akinmusire, (born in 1982) from New York City. Despite Akinmusire’s young age his discography includes collaborations with jazz icons such as Wayne Shorter, Gretchen Parlato and Ron Carter – so once again the young singer and winner of the International Jazz Artist Competition for vocalists (2007) has worked with a true jazz hot shot. The rhythm section consists of a strong line-up of bass player and cellist Lars Danielsson and drummer Morten Lund, and the album is additionally blessed with the Danish pianist Nikolaj Hess, who besides playing piano has also co-produced the album along with Mette Juul.

Juul’s dazzling voice, Akinmusire’s soft trumpet laying and Hess’ rich, simple piano touch characterizes “Moon on my shoulder”. The record contains no technical postulated phrasings and long pretentious solos, just simple well-organized jazz music focusing on telling a story. While the 1st album, “Coming In from The Dark”, mainly contained jazz standards and five of Juul’s own compositions the new album, “Moon on my shoulder”, shows how Mette Juul has searched the songbook of jazz for more unknown songs and made them her own. She has chosen six songs in the
genre ranging from modern jazz to the singer-songwriter tradition, e.g. Thelonious Monks’ “Ask Me Now”, Joni Mitchell’s “Be Cool” and a radical reinterpretation by Cole Porter’s “From This Moment On.”

She has also composed some songs of her own: “When We Leave The River Bank” and “In This Life” and included her signature song “How Many Hours Must I Travel Alone”, a remake from her first album – this time re-arranged and stripped down to the tunes of Juul’s vocals and Akinmusire’s trumpet without the grandiose Riel Orchestra. Mette Juul has re-arranged the title track by Lyle Lowett, “Moon On My Shoulder”, and made it entirely her own and she is accompanied by Lars Danielson on cello. Akinmusire has moreover contributed with a remake of one of his songs, the almost meditative “Henya”. Altogether the album contains ten wonderful vocal jazz songs focusing on simplicity and an ambition to interpret the songs in an intimate and direct way and give life to the songs at a more metaphysical and universal level as a way to make both lyrics and music relevant and meaningful to the audience.