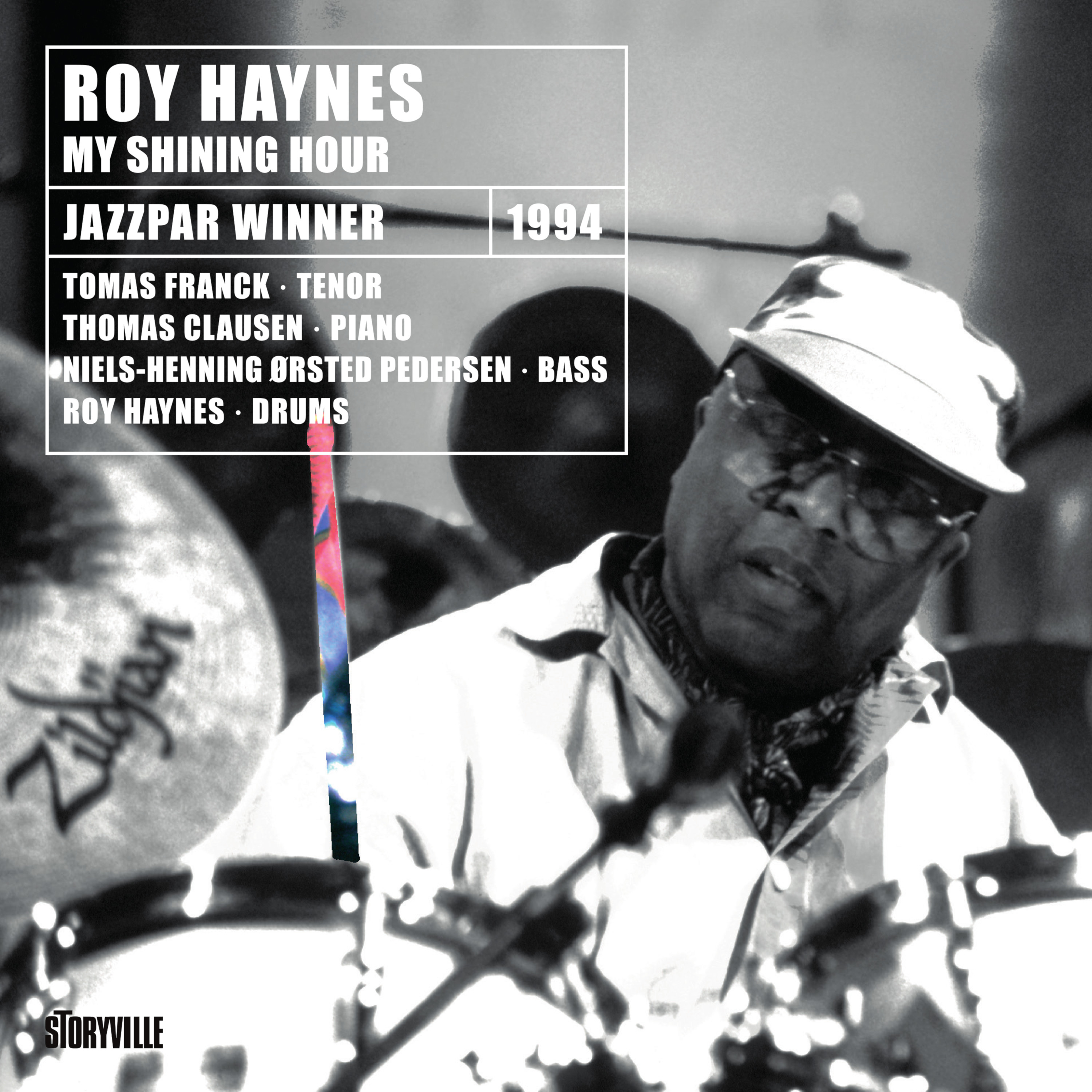 Release: Feb 14th, 2020 (US release: March 13th)
This live recording from the JAZZPAR tour shows why Roy Haynes stands as the creator of the modern drum game. It's creative, exciting and naughty! With Tomas Franck, NHØP and Thomas Clausen in front of Haynes, you can only surrender.
The JAZZPAR award was awarded 16 times to a host of the world's greatest musicians, all of whom deserved greater attention. The man behind it all was Arnved Meyer who uniquely got the Scandinavian Tobacco Company to sponsor the prize of DKK 200,000. An unprecedented amount of money in Danish jazz at the time. Among other things it allowed Tommy Flanagan to get a required by-pass operation. Thanks again to Arnved Meyer.
Now Storyville is releasing a number of recordings that both award winners and Danish musicians were allowed to make as part of the awarding of the JAZZPAR awards. All have been re-mastered and redesigned by the Danish star graphic artist Finn Nygaard. In addition, there are new liner notes by Brian Priestly and booklets contain unprecedented photos by Jan Persson. Over time, several productions are scheduled for re-release as a tribute to the participating musicians and a unique project in Danish jazz.
Roy Haynes is a living legend and is considered one of the most influential drummers in jazz ever. He has played with Charlie Parker, John Coltrane, Miles Davis, Chick Corea and Michel Petrucciani. Just about all of the greatest in jazz. Roy Haynes is known for his very personal style, as a drummer and in fashion – being both elegant and cutting edge in everything he does. A true master and artist in his own right. This all-star group featuring Niels-Henning Ørsted Pedersen plays both beautiful ballads and jazz in honor of Roy Haynes great achievements as drummer, bandleader and african american jazz icon.