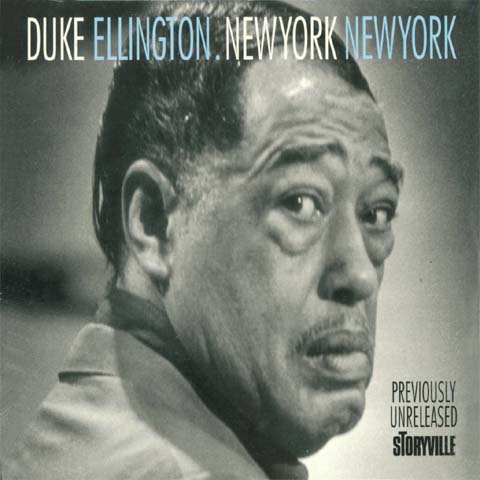 Duke Ellington And His Orchestra New York New York 19 previously unreleased tracks from "The Stockpile" recorded 1970-72 New CD from Storyville "New York, New York" – with 19 new titles by the undisputed master of jazz, Duke Ellington. High class studio recordings, musically and technically as good as anything issued during his life time. 13 titles never before issued in any form, plus 6 new versions of favorites like I Got It Bad and Mood Indigo and lesser known pieces like Second Line and New York, New York, all recorded 1970 – 1972, with the great soloists in the band performing at peak level. During his lifetime Duke Ellington incessantly wrote new music and played it with his band at concerts, dance dates, etc. There was so much music, that the record companies could not consume it all. Duke therefore started to record the new music at his own expense for the so-called "stockpile", from which these performances are taken. This is the fifth in the series of CDs issued by Storyville, starting in 2001 with The Toga Brava Suite, and followed by The Duke In Munich, The Jaywalker, and The Piano Player. Duke Ellington once said, when asked which of his music he prefered: "The next one". Here you have 19 brand new "next ones" in splendid sound and performance by Duke Ellington and his famous orchestra. Recorded in National Recording Studio & Mediasound Studios,New York, Rhenus Studio Cologne, Germany & Studio Fontana, Milan, Italy 1970-72