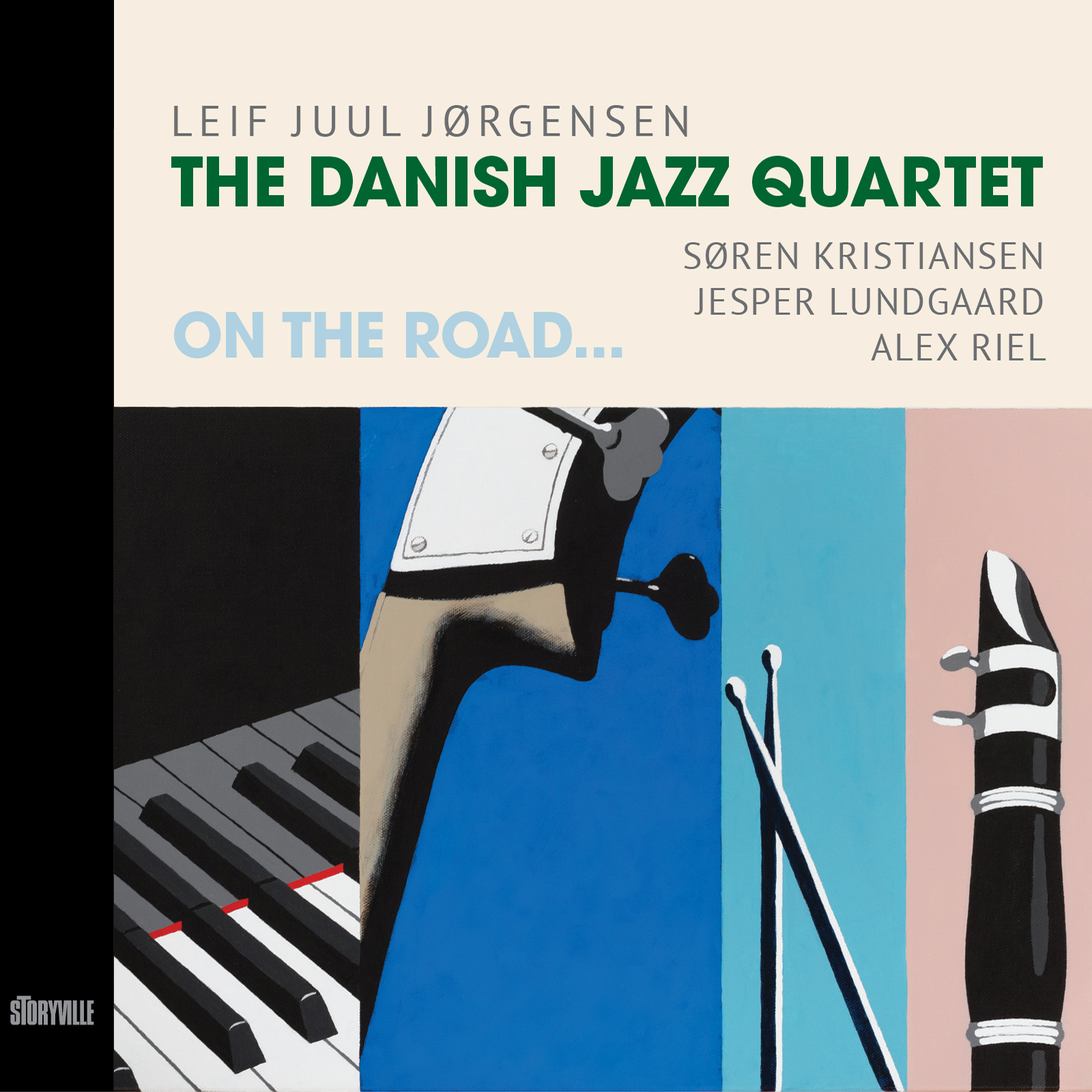 New live music from some of Denmark’s most prominent and longest standing jazz musicians. The Danish Jazz Quartet has recorded six tunes that have long proven their worth as vehicles for improvisation, be it in jam-session or more organized contexts. Here, they sound as fresh as ever, played by four musicians who obviously enjoy playing—and sharing.

Three quarters of the quartet have been visible all over the Danish jazz scene for many years. The fourth man, Leif Juul Jørgensen, is just returning to the professional jazz scene again, and it’s about time! All friends from when they first began playing in the 1950s and 1960s, the four took up playing some gigs around Denmark in 2012. During an intermission, drummer Alex Riel said: “I think we should make this quartet a permanent one. The chemistry among us is just great” -and so they did. In 2014, their first collaboration Just Jazz was released on Storyville Records. The way the trio accompanies frontman Leif is not only a matter of their lifelong versatility and ability to adapt; rather, it reflects their sincerity and love for the music. The band all carry their history with them, being thoroughly familiar with just about all aspects of jazz.

These experienced Danish professionals don't attempt to re-invent the wheel every other chorus - they play to their strenghts - a listenable and likeable selection of numbers in the mainstream traedion.

Swing is still in the air in Europe, as the Danish team of Leif Juul Jorgensen/cl, Jesper Lundgaard/b, Soren Kristiansen/p and Alex Riel/dr deliver a cheerful collection of classics during a concert in Flensborg Germany back in 2014.

Jorgensen likes the middle register of the licorice stick, eschewing the high piercing range and has a nimble sense of timing as the leads the band through joyful readings of “Lullaby Of Birdland” and a hip delivery of “Bohemia After Dark.” The band gets a chance to stretch out, as Lundaard and Riel have some fun on “Undecided” and Riel gets some elbow room on “Oh, Lady Be Good.” Kirstiansen is Teddy Wilson erucite on “If I Had You” and “Mean To Me” with the band eschewing any hints of nostalgia and making the Swing Era feel fresh and new.

Undecided If I Had You Bohemia After Dark Mean To Me Lullaby of Birdland Oh, Lady Be Good