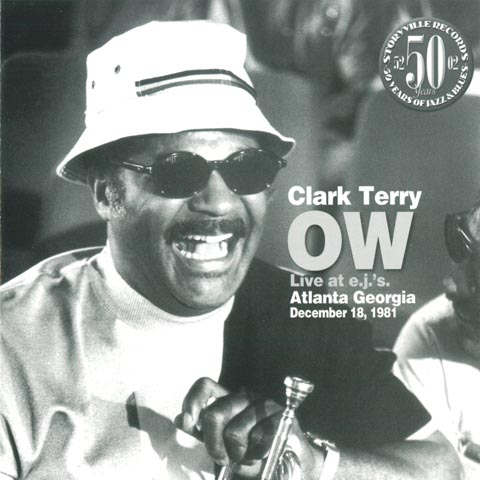 This is the first-time release of a live (Atlanta, Georgia) club session from 1981, and contains nine tunes with 63 minutes of playing time. Besides Clark Terry, the rhythm section consists of prominent U.S. musicians, of which Detroit pianist Johnny O’Neal is best known. The repertoire – chosen by Terry, himself, from among his own favorites songs - includes both jazz evergreens like ”God Bless the Child” and ”Georgia On My Mind” and bebop standards like Monk’s ”Straight, No Chaser” and Clark Terry’s own ”Rebecca”. Clark Terry was an early major influence on Miles Davis, performed in both the Count Basie (late 40’s) and Duke Ellington (1951-59) Orchestras, and wrote many several jazz standards. The live setting of this performance clearly inspires both Terry and the rhythm group to even greater heights than in the studio, with the tunes lasting an average of 7 minutes. Throughout his career, Clark Terry performed his brand of explosive, joyful music countless times; fortunately a few memorable occasions were documented – and saved – for posterity, including this very special performance at E.J.’s in Atlanta.