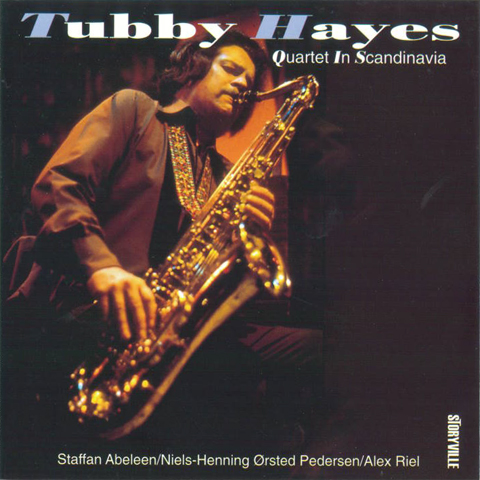 Recorded live at "Guldhattan", Stockholm, Sweden, February 18, 1972. All tracks previously unissued! The three Scandinavians provided the visiting English soloist with ideal support and were obviously familiar with Hayes's music. He wrote Off The Wagon in 1967. It is wholly typical of his writing and playing, engendering a totally relaxed atmosphere. Tubby's work was always within the mainstream of jazz development and he could often include tunes such as Monk's Rhythm-A-Ning in his programme. There were some critics who found his high-speed note production to accept but like Art Tatum, this was a feature of Hayes's natural form of expression. Listen to his beautiful reading of Jimmy Van Heusen's / Thought About You and you will hear ballad tenor of the very highest order!