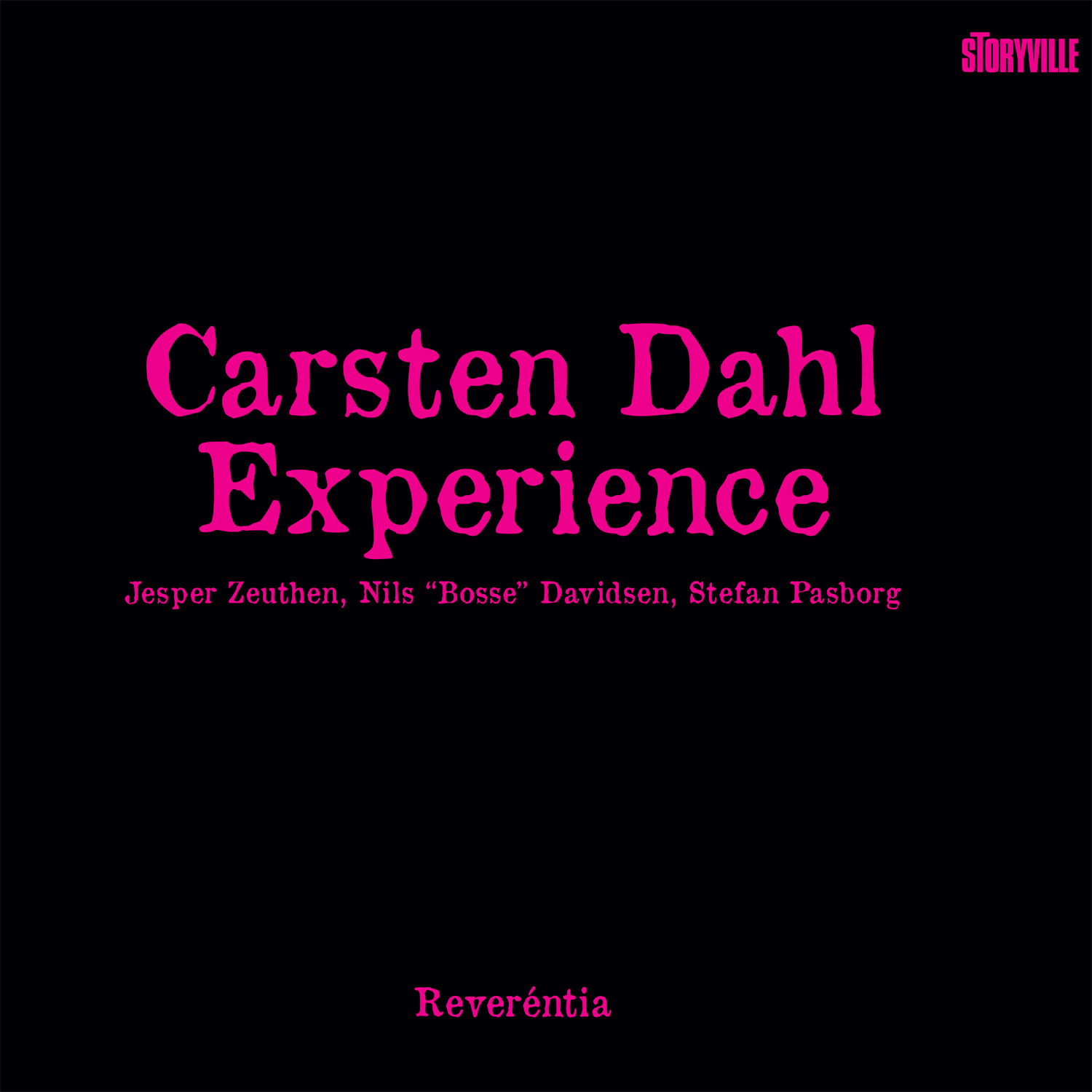 Danish jazz pianist Carsten Dahl established his Experience Quartet  in 2007 with some of his most favoured jazz musicians from the Copenhagen jazz scene. Legendary Jesper Zeuthen on alto sax, high profiled Stefan Pasborg on drums and Nils “Bosse” Davidsen on bass.

The group manages to explore and challenge each other’s musicianship in their joint venture down the road of free improvisational jazz, performed and mastered in a manner never before seen or heard in a Danish group.

With ”Reveréntia” the quartet completes their Experience trilogy. Previous releases were “Humilitas” and “Metamorphosis” – also available from Storyville.

“With this CD – we wish to express our endless gratitude towards each other and the music we share – and all the inspiration of sounds in this big world.”

“By virtue of their individual expressions and ability to actively listen, [the group] is able to lift the shared improvisational music to a level where one as critic has to say, that there are timbres born from nostalgic beauty and expressive elegance.”

Reveréntia (...) should be placed among the most important danish jazz releases these years.

THIS WEEK’S ALBUM RECOMMENDATION FROM JAZZNYTT: The Danish pianist Carsten Dahl is one of Scandinavia’s most active pianists.

During this summer’s jazzfestival in Copenhagen you were able to hear him on the different stages with among others Palle Mikkelborg and the Experience quartet. His day job is at the Copenhagen Rhythmic Music Conservatory and he has participated in a number of projects, for example with Arild Andersen and Jon Christensen («Space Is The Place»), who will follow up with «Under the Rainbow» on Storyville for the Oslo Jazzfestival 17th of August.

With «Reveréntia» the Experience quartet has fulfilled its musical trilogy. The two preceding albums, «Metamorphosis» and «Humilitas» were both well received by the press, and who doesn’t remember the quartet’s concert during Moldejazz 22nd of July two years ago, a concert that almost became a Mass for Utøya.

According to the musicians this will be the last that they do as a quartet, something that yours truly thinks is a shame, since this is one of the finest groups Danish jazz has come up with in the last couple of years. But we have the comfort of the three albums and the fond memories from the concerts we had the chance to attend, with the quartet in close ensemble playing,

The three musicians that Dahl works with on «Reveréntia» are three of the most characteristic voices on the Danish jazz scene in the last couple of years. Alt-saxophonist Jesper Zeuthen, bassist Nils «Bosse» Davidsen and drummer Stefan Pasborg have had a number of projects on their own the recent years, which in many ways unite on this record.

Many would claim that Jesper Zeuthen has the world’s nastiest sound on his saxophone, and this might be true, but in this context it suits perfectly. Once in a while his sharp vibrato and a bit rusty tone become almost frightening, and it does something to the body if you listen intensively. You get another heart frequency, you begin to cold-sweat and the discomfort comes creeping to you, but it works perfectly as a contrast to Dahl’s wonderfully pretty, effective, virile and brilliantly technical play. Just listen to his piano solo on the second track «Troubadour» or the fine ballad «Tusind tak». Davidsen’s play is more modern, but at the same time rooted in the Danish bass traditions after Niels-Henning Ørsted Pedersen and Charlie Haden, while Pasborgs drumming is energetic and original all the way.

The songs on the album are composed by either Dahl or Zeuthen (or both of them), or the group as a whole. They vary from complete softness to solid musical explosions. The four communicate perfectly amongst each other, and everything is a delight to the ear.

Favourites? All the 11 tracks, but Dahl’s «Dear Keith» is the peak. A tribute to Keith Jarrett, completely in his spirit with some of the characteristic «grunts» which are typical of master Jarrett. The track also features a brilliant bass-solo from Davidsen which shows the capacity and creativity with this musician.

The album was recorded in Rainbow Studios in Oslo with soundmagician Jan Erik Kongshaug behind the controls, and thus it is not unreasonable to expect that the sound is perfect.