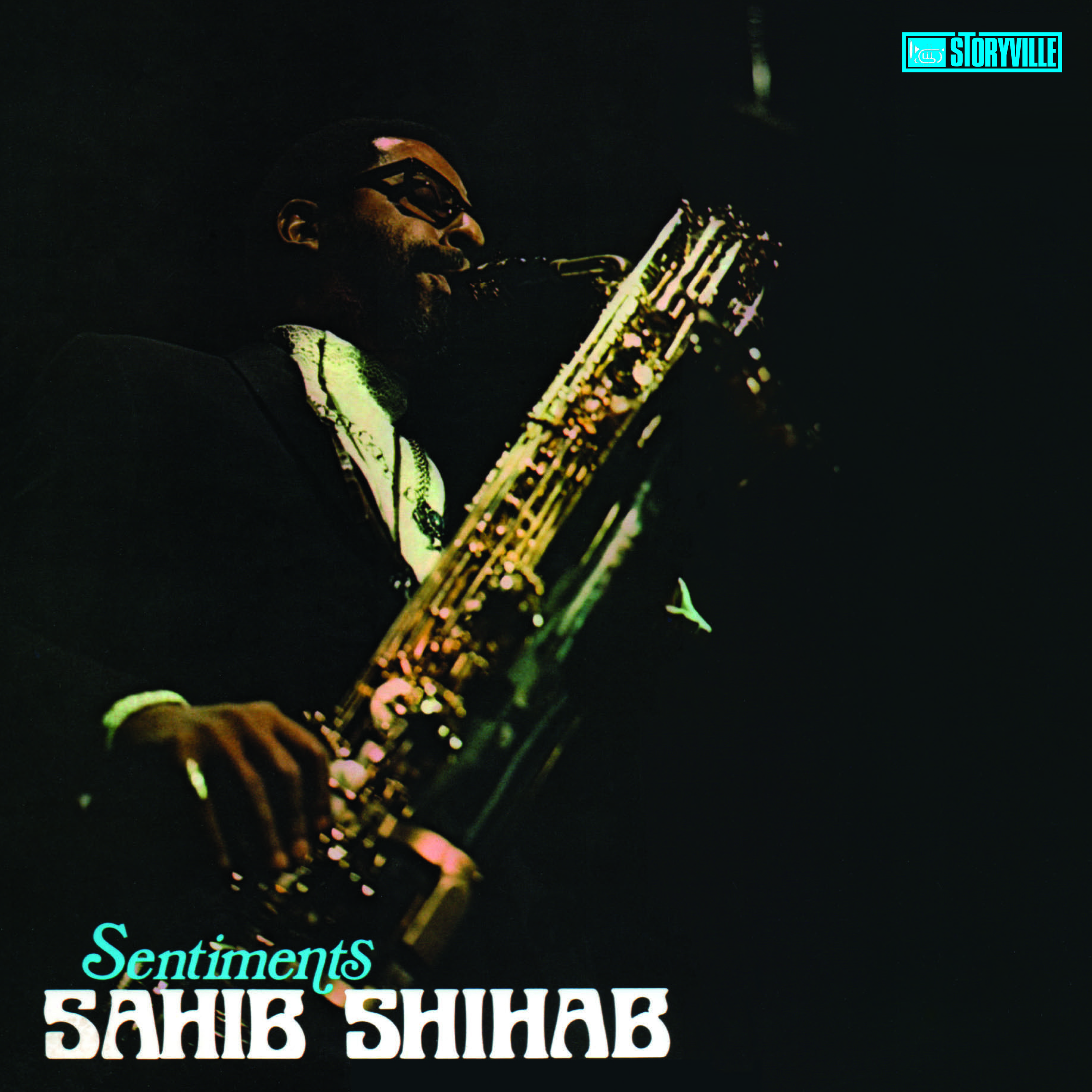 Sahib Shihab’s career started in the late 1930’s where he would play for the likes of Luther Henderson and Roy Eldridge while studying at the Boston Conservatory. During the 1940’s Shihab played with many of the greats from this period, including Thelonious Monk, Art Blakey, Miles Davis and many more. Especially his work with Monk proved to be important as it marked the switch from alto to baritone saxophone.
By 1963 Shihab moved to Copenhagen, Denmark, where he would play with The Danish Radio Group. During this period he also recorded and released music under his own name, and this is where Sentiments came to be. Sentiments features an all-star group consisting of Shihab on sopran and barytone sax and alt flute, Kenny Drew on piano and organ, Niels-Hennig Ørsted Petersen on bass and Jimmy Hopps on Drums. The sheer talents of the musicians shines through on this vinyl remaster, which comes across as a groovy well composed record where all notes and rhythms seems natural and nothing seems forced.

Sahib Shihab played all members of the saxophone family plus flute. He filled lead alto spot with Fletcher Henderson in the 1940s, before going on to play with Thelonious Monk. In 1959 he toured Europe with Quincy Jones. Disillusioned with racial politics in America, Shihab settled in Copenhagen.

Sentiments was recorded in 1973. It is notable for the leader's original, highly inventive songs inspired by visits to Paris and Tunis and features American drummer Jimmy Hopps, who Shihab met in Paris. The opener, "Ma 'Nee" is based on a melody Shihab heard being sung on a bus in Tunis by two unknown locals, accompanied by a drum. Ma 'Nee means "meaning" in Urdu. Danish bassist Niels-Henning Ørsted Pedersen's solo is underpinned by Hopps, best known for his later work with multi-instrumentalist Roland Kirk. Kenny Drew, an early American immigrant to Denmark, plays some fine, lyrical piano.

"The Call" is in 5/4 and starts with what Shihab calls "a chant of eastern flavour," after which the rhythm becomes free-form. Everything comes back together again with the original chant as the song ends with a fade.

"Rue de la Harpe" is named for a small street in the Latin Quarter of Paris where Shihab worked in a jazz club called Le Chat Qui Peche" (The Cat Which Fishes). On "From Me To You" Shihab plays baritone for the first time on record, backed by NHØP. Shihab plays alto flute on "Companionship," the only time the instrument is played on the album.

Shihab died on October 24 1989 in Nashville, Tennessee. Sentiments is a fitting memorial to his days in Copenhagen and it's good to have it back in circulation again.