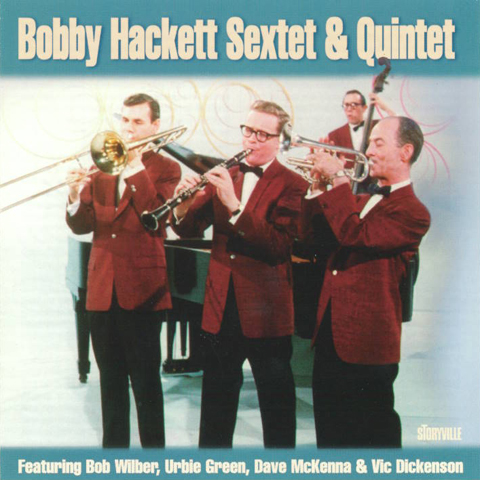 Last four tracks are previously unissued! On this re-issue of Hackett Sextet sides of 1962 and the Quintet recordings he cut with Vic Dickenson in 1970 - we now find four previously unissued tracks from the latter session. In fact, they are four tunes associated with seminal figures in the early development in jazz - Jelly Roll Morton, Duke Ellington, Bunny Berigan, and the Original Dixieland Jazz Band. When these Hackett/Dickenson sides were recorded, Boeing 747 Jumbo Jets were crossing the Atlantic for the first time. The music world has always had it's share of glitzy high-flyers, too. Sometimes, though, we get deeper satisfaction from the work of the quieter, low-lying stylists… like Bobby and Vic!