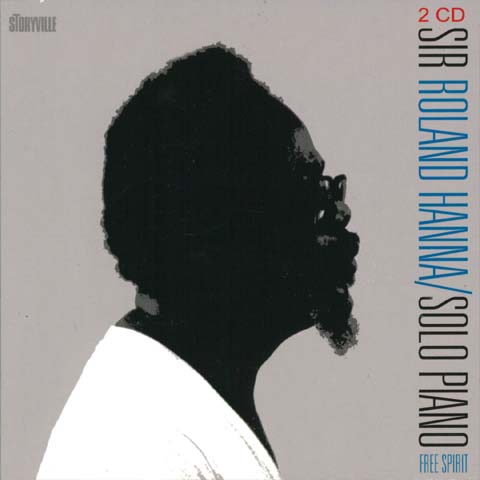 The jazz nobility has its own Duke, Count, Earl and even a king –all pianists- but only one knight. Sir Roland Hanna, also a keyboard master. Hanna received his title in 1969: it was conferred on him by the late President William Tubman of Liberia. Sir Roland Hanna is one of the most flexible pianists of any generation. He has played with Benny Goodman, Charlie Mingus, Sarah Vaughan, Carmen McRae, Al Hibbler, Coleman Hawkins and Thad Jones/Mel Lewis Orchestra. He was born 1932 in Detroit and was one of the many pianists that came from Detroit Tommy Flanagan, Hank Jones and Barry Harris. He was inspired by Tommy Flanagan, Duke Ellington, Thelonious Monk and Art Tatum. He was a two-handed pianists which you can hear on these two solo piano CD’s.

"These sessions represent some of the best work that Hanna did in his long career." Ken Dryden The New York City Jazz Record