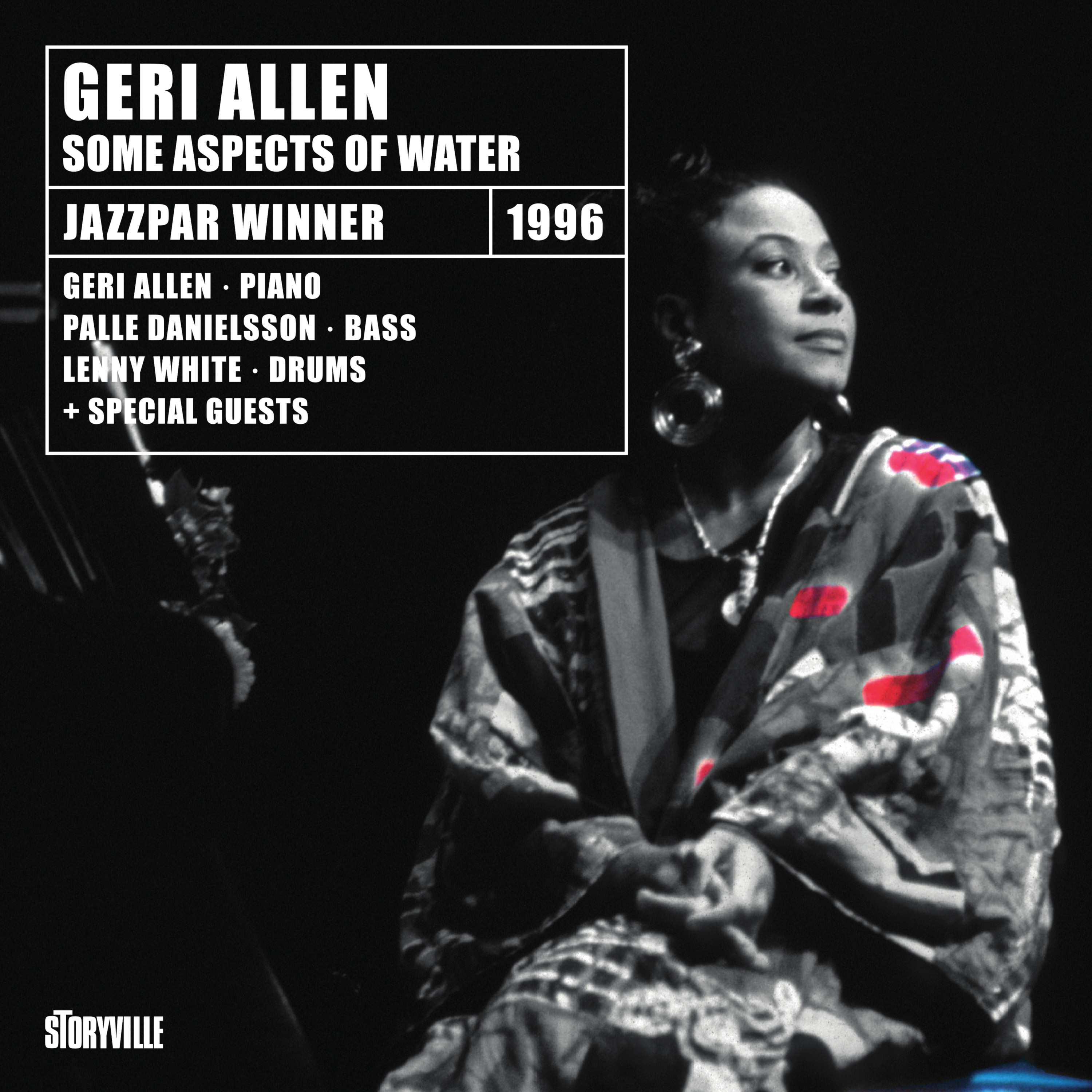 Some Aspects of Water (REMASTERED 2020)

Release: Feb. 14th 2020 (US Release: March 13th)
Geri Allen who we sadly lost in 2017 is one of the most notable pianists in modern jazz. A pianistic talent, outstanding composer and a musician's musician. The Jazzpar Committee here showed its ability to see something that few others had seen. A jazz icon.
The JAZZPAR award was awarded 16 times to a host of the world's greatest musicians, all of whom deserved greater attention. The man behind it all was Arnved Meyer who uniquely got the Scandinavian Tobacco Company to sponsor the prize of DKK 200,000. An unprecedented amount of money in Danish jazz at the time. Among other things it allowed Tommy Flanagan to get a required by-pass operation. Thanks again to Arnved Meyer.
Now Storyville is releasing a number of recordings that both award winners and Danish musicians were allowed to make as part of the awarding of the JAZZPAR awards. All have been re-mastered and redesigned by the Danish star graphic artist Finn Nygaard. In addition, there are new liner notes by Brian Priestly and booklets contain unprecedented photos by Jan Persson. Over time, several productions are scheduled for re-release as a tribute to the participating musicians and a unique project in Danish jazz.
Geri Allen is one of the most modern and original pianists and composers in contemporary american jazz. She has been as important to modern jazz as nobel-prize winner Toni Morrisson has been to contemporary african american litterature. Some Aspects of Water is a milestone in Geri Allens career and marks her status as the first female winner of The prestigious JAZZPAR prize in 1996.