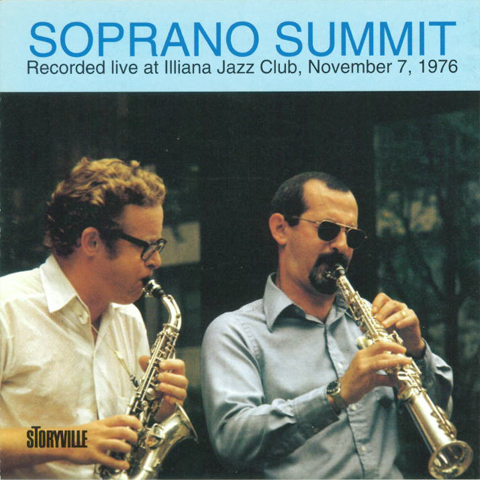 The true miracle of the Soprano Summit is that these two wholly distinct personalities, Bob Wilber and Kenny Davern, were able to fashion not only a unique sound but a successful working group based on a tradition that preceded even the swing bands of the 1930s, not to mention the bop groups that followed in their wake. Though several of their records have already been reissued on CD, with probably more to come, the concert performances heard here are being issued for the first time. Recorded at a south Chicago motel near the border separating Illinois and Indiana, the concert was sponsored by the IIliana Jazz Society, an organisation still in existence today.

Song Of Songs Stompy Jones Black And Tan Fantasy How Can You Face Me Egyptian Fantasy I Wish I Were Twins I Had It, But It's All Gone Now Grenadilla Stomp Meet Me Tonight In Dreamland The Mooche Chalumeau Blues