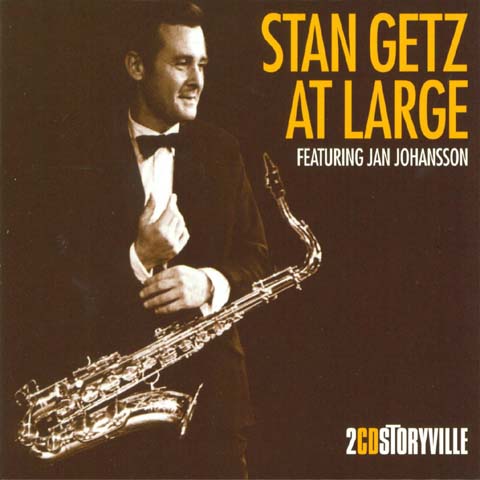 Stan Getz began his career with Jack Teagarden’s band when he was 16 years old. Then with Stan Kenton, Jimmy Dorsey, Benny Goodman and Woody Herman. Stan Getz rose to prominence with Woody Herman’s recording of “Early Autumn.” In 1958 he settled in Copenhagen and stayed for 3 years. He played at the Café Montmartre with Jan Johansson (p) Dan Jordan (b) and William Schiøpffe (dr). They recorded these two CDs in the Kildevang Church in Copenhagen, the 14th & 15th of January 1960. The recording took place in the daytime and they recorded the same tunes they played in the evening at the Montmartre. They recorded 17 tunes whereas 7 was composed by musicians like Oscar Pettiford’s “Café Montmartre Blues". Oscar Pettiford also lived in Copenhagen. Other tunes that were very popular at the Montmartre was “Younger Than Springtime", "The Thrill Is Gone” and “I Like To Recognize the Tune.”