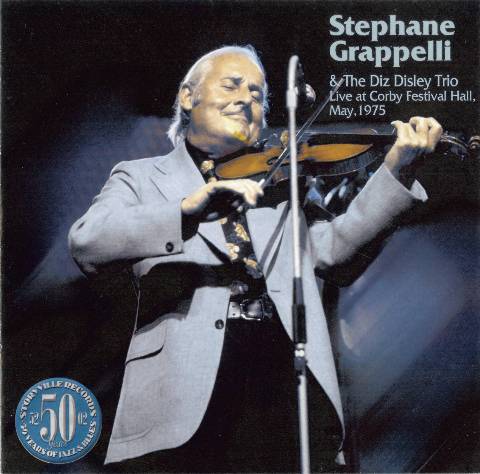 The music on this CD (16 tunes-78 minutes) is a from a previously unreleased live concert in England in 1975. Stephane Grappelli is best know for his collaboration in the thirties and forties with the famous gypsy guitarist Django Reinhardt. Diz Disley plays guitar in the tradition of Django, but has his own style, and the fact that the band on this CD consists exclusively of string instruments makes it reminiscent of Django's famous Hot Club Quintette, of which Grappelli was a prominent member. In his seventies at the time of this recording, Grappelli, musically, is younger and more inspired than ever, and his playing is fiery and clear and full of virtuoso improvisation. This CD is testimony to Grappelli's basic principals: "Improvisation is another form of composition. It's fresh. Also, one must try to think young in this life."