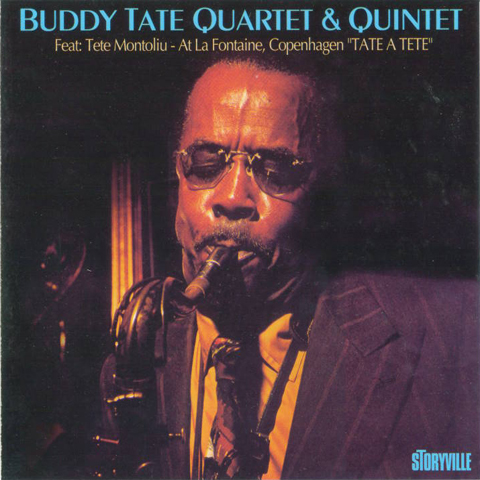 Reissued on the 2 cd digipack Buddy Tate - The Texas Tenor

In jazz, early influences tend to be the strongest; a musician's formative years often set his style and sound for the rest of his career. Miles Davis - to use a good example - grew up in St. Louis, where as a boy, he heard such local trumpeters as Clark Terry, Irving Randolph, and Shorty Baker, an experience that made him follow the so-called St. Louis trumpet tradition. If St. Louis has a reputation for its trumpeters, Texas is known for its tenor men, whose characteristics are a big sound and a self-assured style, men such as Illinois Jacquet, Arnett Cobb, Jimmy Giuffre, and King Curtis. The Texas tenor, however, is George Holmes "Buddy" Tate. Born in Sherman, Texas, February 22, 1914, he is now a widely traveled, highly respected soloist whose very presence in a club guarantees capacity crowds and a general feeling of well being!