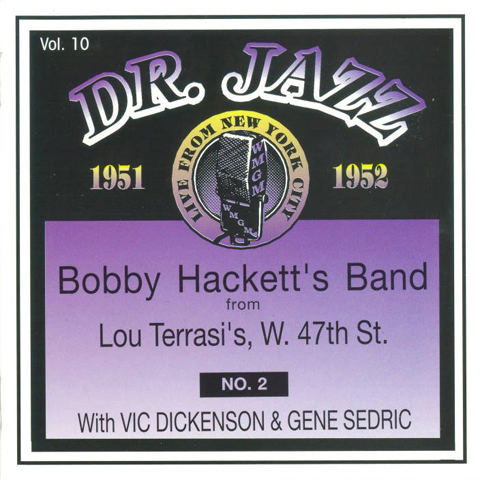 Volume ten in the Doctor Jazz Series and number two for Bobby Hackett and his band. Without question the most lyrical of all the trumpeters and cornetists ever associated with Eddie Condon's Sunday-Go-To-Session crowd, Bobby Hackett was also the most stylistically versatile. Not only was he able to lead a swinging Dixieland-styled ensemble, but he could also turn around and caress the inside of a rarely played ballad. His clear, centered tone was nothing like those of his colleagues. It had the simmering, evanescent delicacy and gentility of Bix at his most tender and reflective, yet it also contained a majesty and power suggestive of his other, even more enduring influence, Louis Armstrong. Hear for yourself this classic selection which in its time appealed to both the jazz crowd and sophisticated romantics alike.