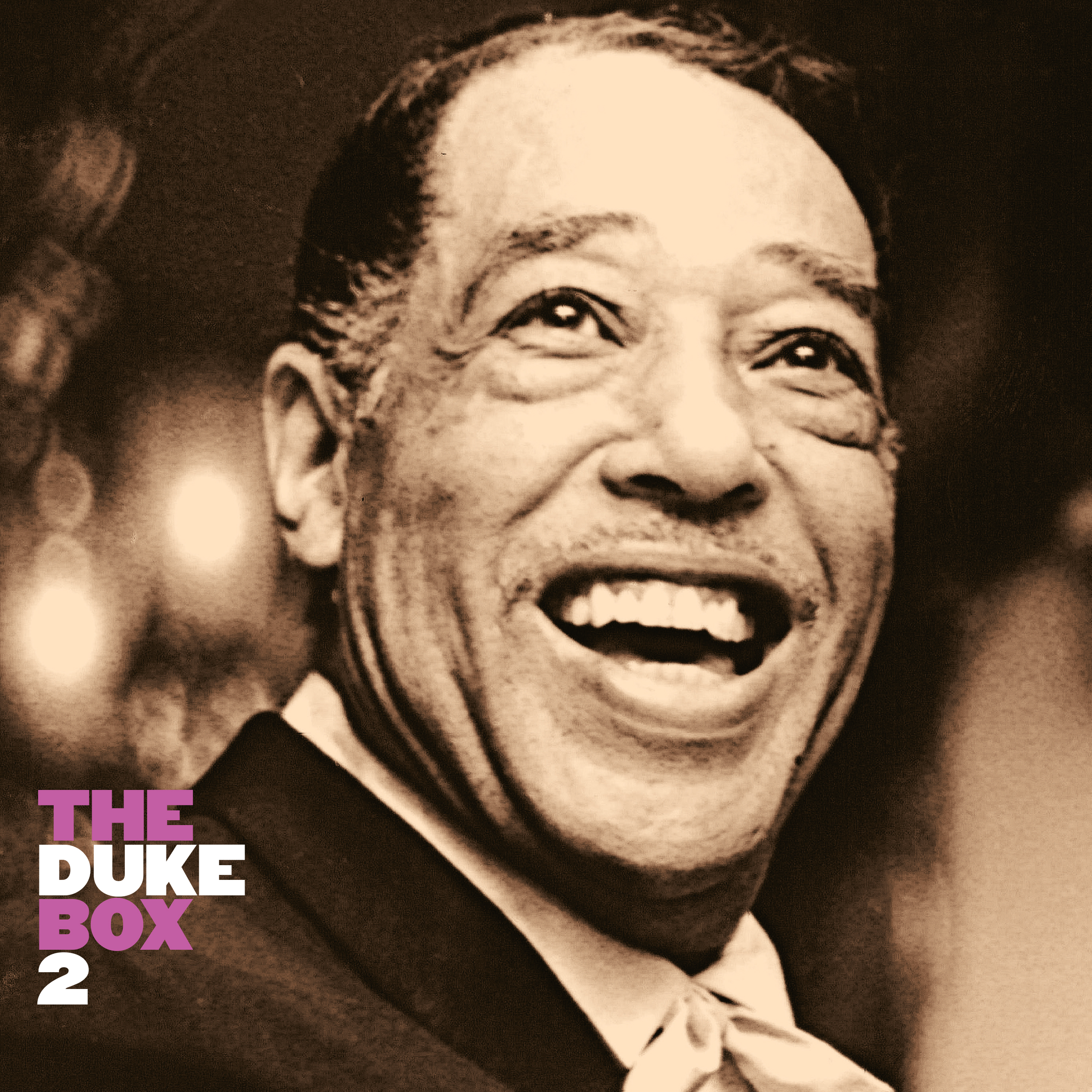 Listen to excerpts of CD3, never before release music on the right side of this page!

The Duke Box 2 picks up the story of the great Duke Ellington band in the early 1950s and spans the next twenty years or so of a remarkable output. This collection is to some extent shaped by the advent of the LP and the longer tracks it enabled and encouraged. That technological shift came in a period when Ellington would lose the three of his stellar sidemen: Johnny Hodges, Lawrence Brown and Sonny Greer. As it turned out, their replacements (Willie Smith, Britt Woodman and Louie Bellson) and other new blood only served to re-energise the band as it approached the 25th anniversary of its initial engagement at The Cotton Club. The box set includes a high quality 27-page booklet including a large selection of never before seen photos of The Duke and his band members in their prime time.

Spanning the years in which Ellington regularly toured Europe and Scandinavia, The Duke Box 2 offers a rich selection of performances illustrating a tirelessly inventive musical spirit on tour with changing personnel and occasional guest artists. CD3 features never before released live recordings from a 1963 concert in Gröna Lund, Stockholm—a veritable treasure for the committed Ellington fan. The box also includes the well-renowned Jaywalker (CD5) and Piano Player (CD4) albums whose music always deserve a re-visiting. Among other gems are late 1970s recordings from New York, some of the last music Ellington ever put out.

The bonus DVD combines a series of short films of the Ellington band in action and despite the sound being recorded first and the performances showing the band miming, this curiosum offers a fascinating glimpse of The Duke in action, and the audio is of course technically excellent.

The achievement of Duke Ellington exists on a variety of levels. The closer you examine it, the more complex and multi-faceted it appears to be. The first great composer of jazz, the most popular African-American bandleader, the influential pianist, who made light of his piano contribution, the magician who assisted the musical formation of several key individual contributors but who nevertheless retained the identity of his band over a 50-year period. As a portrait of a sublime and inexhaustible musician thriving in the second half of a long and distinguished career, The Duke Box 2 is surely a must-have collection for all true admirers of the inimitable Duke Ellington!

Duke Ellington and his Orchestra

Take The A Train Afro Bossa Perdido Medley: Duke Announcement Satin Doll Solitude Don't Get Around Much Anymore Mood Indigo I'm Beginning to See The Light Sophisticated Lady Caravan Do Nothin' Till You Hear From Me I Got It Bad And That Ain't Good Just Squeeze Me It Don't Mean A Thing If It Ain't Got Swing I Let A Song Go Out Of My Heart / Don't Get Around Much Anymore Satin Doll