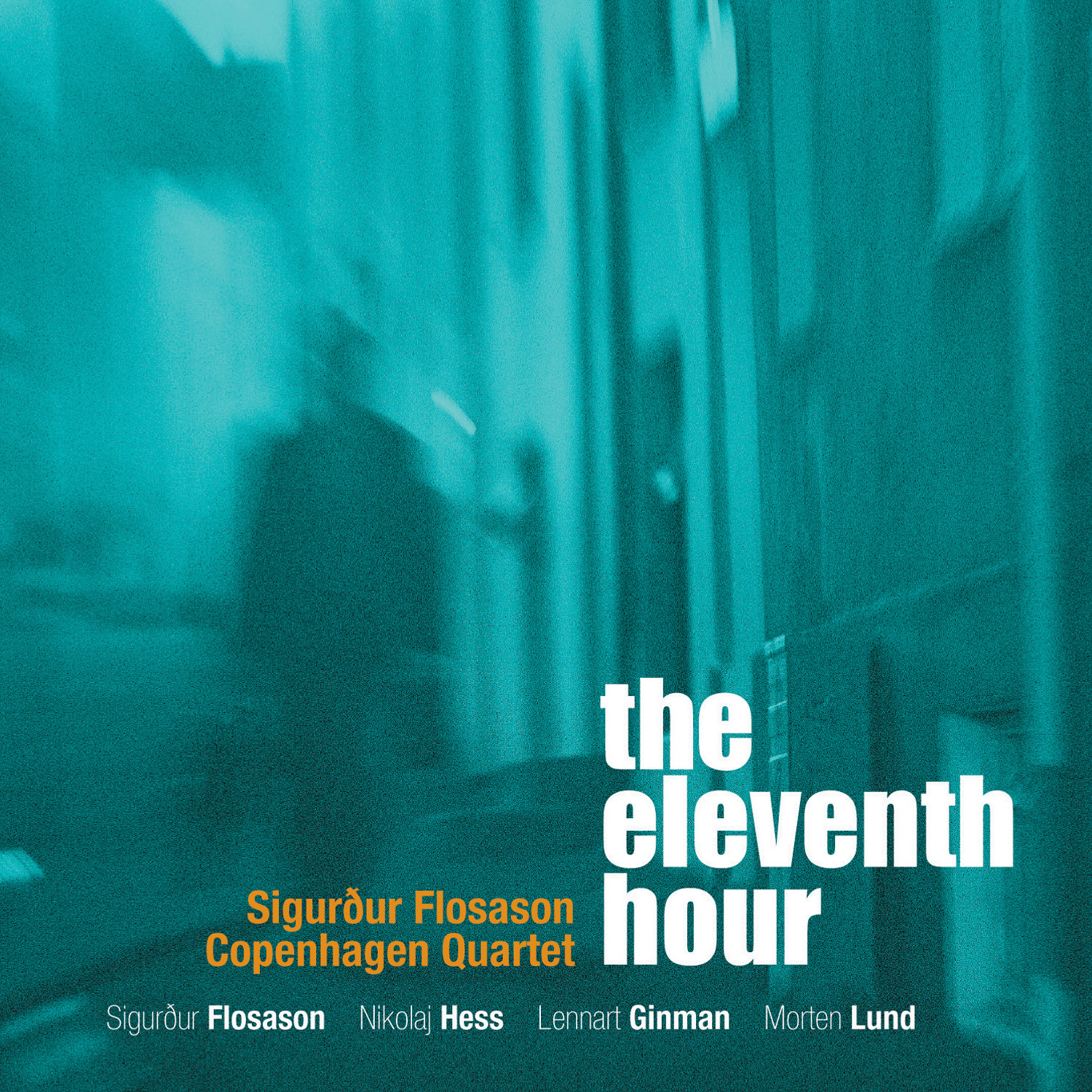 The great Icelandic jazz saxophonist Sigurður Flosason meets a great Danish rhythm section. “The Danish jazz scene has always interested me and by a series of coincidences, I seem to be becoming a small part of it,” says Sigurður Flosason. Two Storyville recordings already witness Flosason’s ties with the Danish jazz scene. One is his collaboration with Hammond organist Kjeld Lauritsen on “Nightfall” and the other is with singer Cathrine Legardh on “Land & Sky”. Now Flosason has brought together what he calls “a Danish dream team for this music” with Nikolaj Hess on piano, Lennart Ginman on bass and Morten Lund on drums. “The Eleventh Hour” features 10 new compositions by Flosason recorded on one of his many happy trips to Copenhagen.

Sigurður Flosason completed a solo performer’s examination in classical saxophone from the Reykjavik Music Academy in 1983.  He then studied under Eugene Rousseau and David Baker, completing a Bachelor of Music degree in classical saxophone and jazz in 1986 and a Master of Music degree in these subjects in 1988. He then took private lessons from George Coleman in New York in 1988-89.  Sigurður works in several different fields of music.

"(...) an album that is liberatingly easy to relate to - even if it contains complexities and multiple layers."

Here is a torch carrier.

The reason I never doubled on alto sax (I play clarinet) is that I felt that if I couldn’t have a tone like Johnny Hodges, I didn’t even want to try.  Alto saxist Sigurdur Flosason has one of THE most gorgeous sounds around, with a warmth that rivals The Rabbit. He fronts a band with Nikolaj Hess/p, Lennart Ginman/b and Morten Lund/dr through a collection of subtly swinging originals. His sound is palpable on the glowing “By Myself, All Alone” that is also able to bop with the best. The suave support by the rhythm is sleek on the more subdued and sophisticatedly hip “Counting Sheep” and “While the Night Lingers”, while the whole team burns like gold embers by the campfire on”Faraway Shore” and the title track. My only request is that every alto sax student at Berklee College should have this disc as a required course of what their instrument should sound like.

On Icelandic saxophonist Sigurdur Flosason meets up with a Danish rhythm section. Flosason works along conventional mainstream jazz lines and has a beautiful flowing tone that combines the wit of Paul Desmond with the exploratory impulses of Lee Konitz. “When The Night Lingers” is a dramatic ballad featuring his yearning alto and Nikolaj Hess’ delicate piano and on the funky “Forty-nine” he cruises over an intricate drumming pattern by Morten Lund. “Father Of Light” has a light, solemn tone reminiscent of the Scandinavian jazz standard bearers, ECM, with prayerful alto and forceful bass and tunes like “By Myself”, “Counting Sheep” and “Faraway Shore” show how Flosason can swoop and fly within conventional jazz modes like 4/4 up-tempo strutting and Latin rumbling. Having an excellent rhythm section to work with helps his cause as well. There is a lot of intelligent, inventive playing here inside the usual jazz forms.

By Myself, All Alone When I Think Back Counting Sleep While the Night Lingers Forty-nine Father of Light Faraway Shore The Eleventh Hour No One Knows Where the Roads Leads