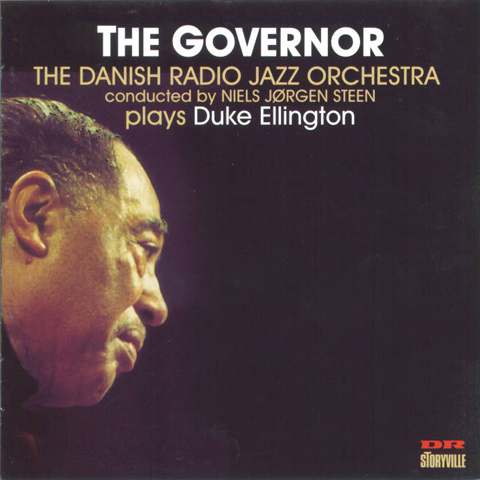 Duke Ellington and his music cast a huge shadow over the jazz scert during lifetime, a shadow which has increased rather than diminished since his death. His influence has been wide-ranging and universal. The occasion of the centenary of his birth - he was born in Washington DC on Saturday 29 April 1899 - provided fresh impetus to celebrate the successes of this unique figure and it is fitting that the Danish Radio Jazz Orchestra produced its own salute. The conductor Niels Jorgen Steen has played a most important part in the history of the Danish Radio Jazz Orchestra. A pianist of considerable ability, he worked frequently, on and off record, with Ben Webster during the latter's years in Copenhagen. But it is as conductor of the orchestra that he has made probably his biggest impact on Danish jazz. Ellington's writing is impressive and the interpretation by the band no less. Fittingly it is dedicated to “the governor" for who else but Edward Kennedy, could lay claim to such a title?