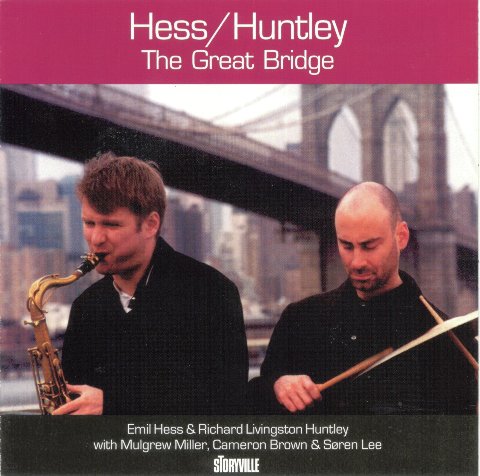 The Hess/Huntley group was formed in 1996 when New York City drummer Richard Livingston Huntley and Danish saxophonist and composer Emil Hess at a jam session in New York. They immediately liked each others playing style and began making plans for a new group: a collaboration between musicians from different continents and backgrounds, firmly rooted in the jazz tradition yet also willing to explore new sounds and influences. The two musicians, along with Danish guitarist Søren Lee, did a number of tours in New York, Denmark and Hungary, and also recorded a demo CD in the fall of 1997. Based upon the demo, The Danish Composers Union, KODA, and the City of Aarhus awarded Hess/Huntley a grant to record this new CD, "The Great Bridge". Keeping with the group's mission to collaborate with different musicians, Hess, Huntley, along with Lee, were joined by two great American musicians, the pianist Mulgrew Miller and bassist Cameron Brown!