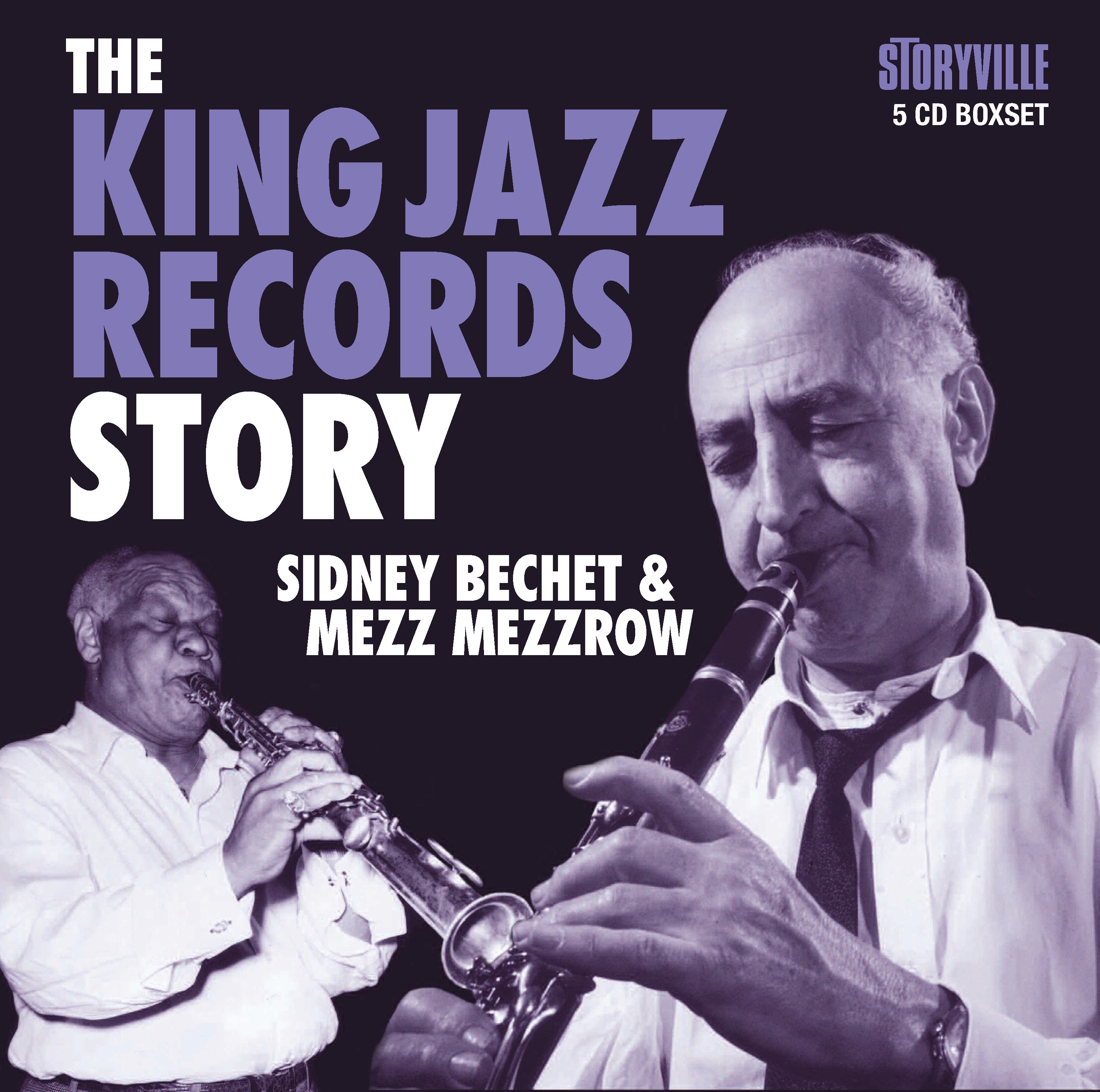 To Mezz Mezzrow, King Jazz was more than a record label. It was the crystallization of his abiding passion for early forms of jazz, a music he saw as a blues-drenched cry of freedom wafting across the waters from New Orleans. It had spread far beyond the bayou and taken on new forms, but Mezz was the self-appointed keeper of the flame and his post-war record business venture was the mason jar that would forever preserve its goodness. Here, the colorful curator teams up for a series of classic collaborations with an undisputed master of improvisation,  his idol, Sidney Bechet. Their work alone would make this 5-CD boxed set a special release, but there is much more to savor, for it combines for the first times the entire output of the King Jazz label, an eclectic mix of performances by people whose names are also a part of the music’s rich legacy. Add to that, careful remastering, an informative illustrated booklet, and Mezzrow’s spoken introductions, recorded exclusively for Storyville—it adds up to a true collector’s item. Yes, there’s a lot of good jam in this very special Mason jar.

Featuring more than five hours of music, this set is a "must have" for anyone interested in jazz history.