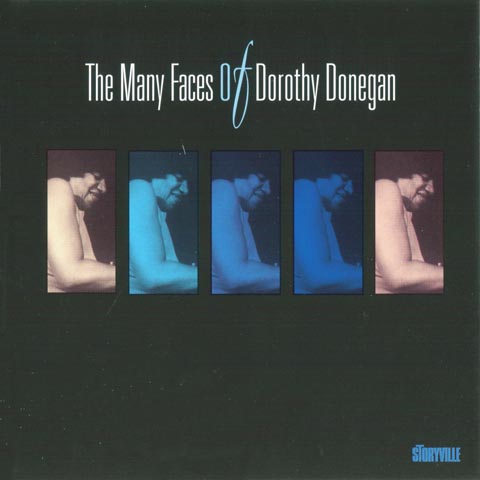 The Many Faces Of

Nine of the tracks on this 73-minute CD were previously released on a live French Mahogany LP in 1975, and the other nine tracks are recorded live at the London House in Chicago in 1961 and have never previously been released. Donegan’s style switches between bop, boogie-woogie, classical, stride, pop and swing – sometimes all in the course of one tune. Donegan performs all styles of music on this CD, from Stevie Wonder, to the Gershwin Brothers, to Beethoven. Donegan combines the incomparable technique of Art Tatum with a style, like Oscar Peterson’s, which lies between swing and bebop. Dorothy Donegan was one of the most under-rated pianists in jazz, and hopefully this CD will give her the recognition she so richly deserves. These two live sessions present Donegan in her best element: performing before a live audience.

I Just Want To Sing You Are The Sunshine Of My Life Donegan's Blues Lift Every Voice And Sing Dorothy Runs Away Willow Weep For Me Minuet In G If I Love You Stop The World Introduction St. Louis Blues Mack The Knife Just In Time Mistry Some Of These Days Begin The Beguine Bill Bailey 12th Street Rag Liza