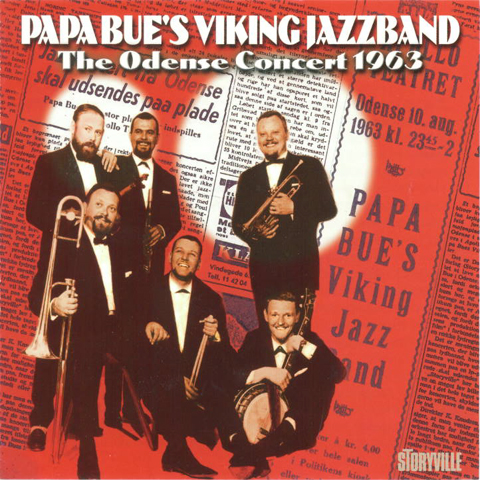 The trad-boom years were great! Wonderful Jazz was being played by the best bands in England and the European continent. In Scandinavia, Denmark was a horselength in front of the other countries as far as playing good traditional jazz . The. recordings, on this disc date from August 1963. The Bue band swings along just the way the public loves. The 10 inch LP of the Odense concert was the first live recording to be Papa Bue's Viking Jazzband. The re issue on this CD contains a lot more music from the concert, which Is a good reason to buy this disc, even if you happen to have the LP in your collection. The Odense Concert presents Papa Bue's Viking Jazzband exactly how it sounded in top form on stage in their heyday. They were among the very best.