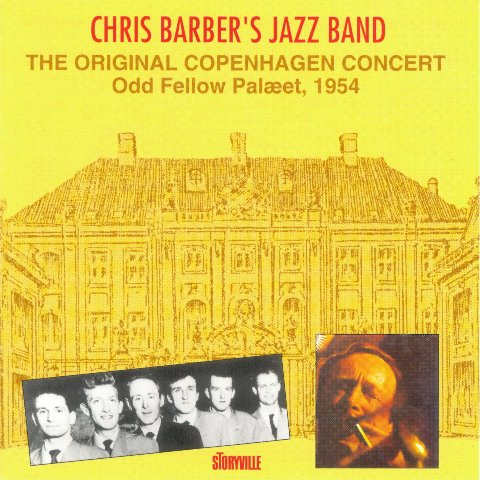 Recorded live, Odd Fellow Palaet, Copenhagen, October 10th, 1954 Chris Barber’s Jazz Band have always been a great live attraction.Many of their concerts have been recorded with no less than ten commercially recorded performances between 1954 and 1961. And it all started in Copenhagen, Denmark on October 10th, 1954. Here then – for the first time, and in chronological order – you can enjoy listening to this remarkable concert, which gave way for an outstanding international career for Chris Barber and the boys. The CD contains three previously unissued performances.

We Shall Walk Through The Streets Of The City Bugle Boy March St. George's Rag Making Whoopee Maryland My Maryland Tight Like That Hush A Bye Lord You've Sure Been Good to Me The Martinique Panama Rag Down Home Rag Wabash Blues Over In The Gloryland Over In The New Burying Ground Leavin' Blues St. Philip Street Breakdown South