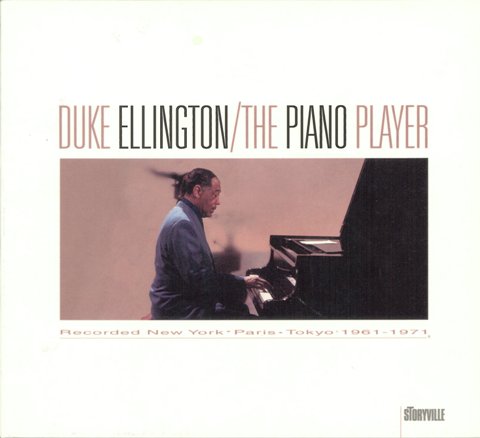 Anytime new material is released with Duke Ellington is a major musical event; the fact that this CD consists mostly of solo numbers makes this CD release extra special because there are practically no recordings of Ellington playing solo piano. None of the music on this CD (16 tunes - 67 minutes) has been previously released on LP or CD. The CD was recorded during eight different sessions in New York, Paris and Tokyo between 1961 and 1971, and includes 13 piano solo numbers by Duke Ellington plus three tunes with organ, bass & drums accompaniment. The tunes are all Duke Ellington originals, most of which had never previously been recorded. The absolute high point on the CD is Ellington’s “River Ballad Suite”, composed for a ballet production by Alvin Ailey. As one can hear on this CD, besides being the most important big band leader of all time, Ellington was also a true stylist and exciting originator on the piano.