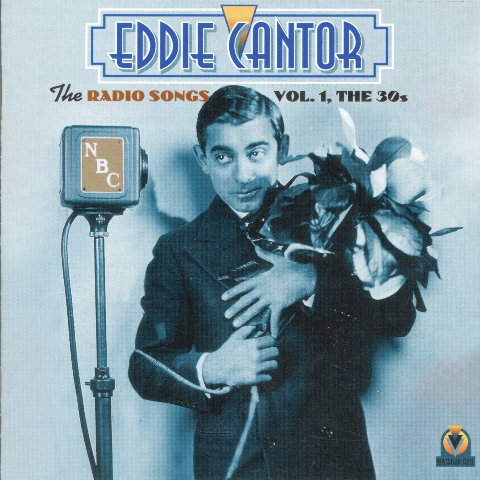 Chosen from over one hundred melodies, this release consists of 24 of Eddie Cantor' s best radio-broadcast songs of the 30's - more precisely: 1935 & 36. Many of the tunes are ones which he had sung on stage in a series of incredibly popular musical shows of the twenties. Included on this CD are several songs which he otherwise never recorded. Eddie Cantor was a very popular stage, radio and film entertainer. From his start in vaudeville in 1907, to the Ziegfield Follies in 1917, to musical shows, radio and musical films in the 30's and 40's, Cantor was an expert at making Americans happy.

Introduction Merrily We Roll Along I Feel So Spanish Tonight The Broken Record My Girl Santa Claus Is Coming to Town Calabash Pipe I Feel Like a Feather in the Breeze A Little Bit Independent (If the Feel Like a War) Let Them Keep It over There You Hit the Spot Am I Gonna Have Trouble With You? I'm Gonna Sit Right Down (And Write Myself a Letter) Try a Little Tenderness I'm Shooting High (Oh Suzanna) Dust off That Old Pianna Pals A Little Robin Told Me So Ma (He's Making Eyes at Me) Yes Sir, That's My Baby I Don't Want to Make History (I Just Want to Make Love) The Telegram Song (Stop) Oh Gee, Oh Gosh, Oh Golly I'm in Love Gee! But You're Swell I Love to Spend Each Sunday With You [aka One Hour With You]