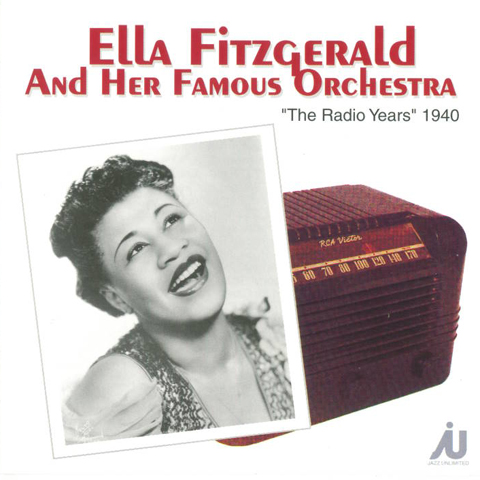 Chick Webb, father to Ella Fitzgerald by the lagalities of adoption, died on June 16, 1939, in Washington, DC, and Ella joined local 802, took up the baton and became leader of "the Chick Webb Orchestra," a billing that was retired for good after only three months when it became simply "Ella Fitzgerald and Famous Orchestra.”

In January 1940 when these broadcasts were made, Ella was 21 and at the top of her career to that point. DOWN BEAT readers that month voted her best female vocalist. She had even beaten Bing Crosby in the two previous DB polls, which did not separate female and male singers. This pair of NBC broadcasts catches Ella and the band in the midst of all this. "The first lady of song" she would one day become was still only “the first lady of swing” here.

Ella Fitzgerald - vocal And Her Orchestra

A-Tisket, A-Tasket Traffic Jam A Lover Is Blue Dodgin' The Dean Tain't What You Do Confessin' Blue Lou What's The Matter With Me I Want The Waiter Let's Get Together A-Tisket, A-Tasket Limehouse Blues This Changing World Oh, Johnny, Oh! Diga Diga Do Thank Your Stars Take It From The Top Vagabond Dreams Break 'Em Down Let's get Together