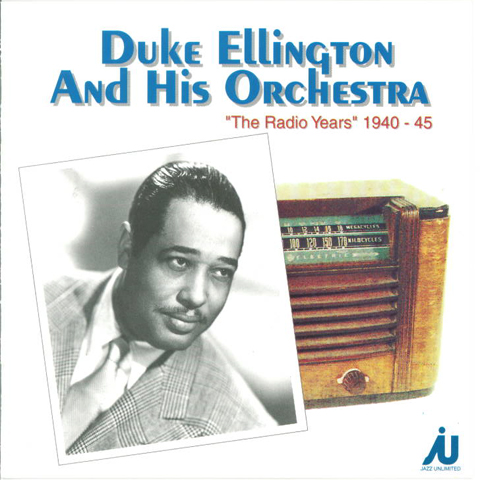 Down the years, from the 1920s to the 1970s, the music of Edward Kennedy “Duke” Ellington dominated the world of jazz and his orchestra interpreted his glorious works with intensity and passion. The Duke Ellington Orchestra of 1940-1942 was one of the truly great bands with a library of arrangements penned by the Duke that were quite remarkable in terms of originality and musical concept. This disc contains two complete broadcasts originating from New York City. The songs and the arrangements so lovingly crafted by a pure genius will live on far into the 21st century. This splendid CD is but a small reminder of his magnificent orchestra and his huge talent as a musician.

Duke Ellington And His Orchestra

Let's Dance East St. Louis Toodle-Oo Big John's Special Ko Ko The Hour of Parting Blue Goose Seven Come Eleven [Sextet] So Far, So Good Where Do I Go from You? Cotton Tail Goodbye Concerto for Cootie Let's Dance Jack the Bear Board Meeting Boy Meets Horn Where Do I Go from You? The Sergeant Was Shy Six Appeal (Sextet) Never No Lament (Don't Get Around Much Anymore) Stardust Black and Tan Fantasy Goodbye The Mood to Be Wooed Let's Dance Frantic Fantasy The Count C Jam Blues Time Was Air-Conditioned Jungle Clarinet a la King On the Sunny Side of the Street Soft as Spring Rockin' in Rhythm Perfidia Take the "A" Train Caprice XXIV Paganini Anything A Smo-O-O-Oth One