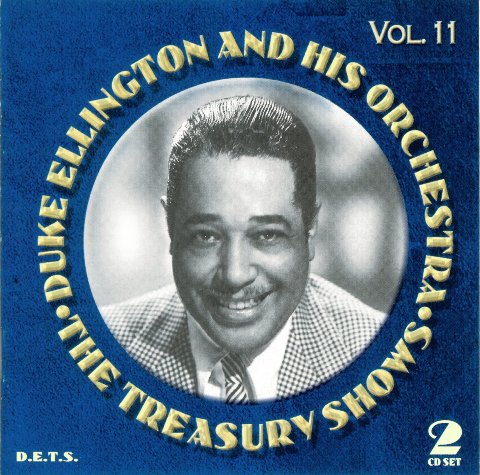 The music on this double-CD with Duke Ellington was recorded live during four radio broadcast sessions in August, September and October 1945, in New York, Philadelphia and Massachusetts. This is the first time this music is being released on CD. The repertoire (47 numbers/142 minutes) consists mostly of familiar Ellington standards, but there are also a few unusual tunes on the CD’s, including the seldom-recorded ”Pianistically Allied”, featuring both Ellington and Billy Strayhorn play duet on piano. The program is wonderfully diverse, from the beautiful, moody ”Moon Mist” (with great soloing by Ray Nance on violin, Johnny Hodges on alto and Lawrence Brown on trombone) to ”Blues On the Double”, a frisky jump blues with hot solos by trumpeter Rex Stewart and tenor saxophonist Al Sears, powered by a strong rhythm section.