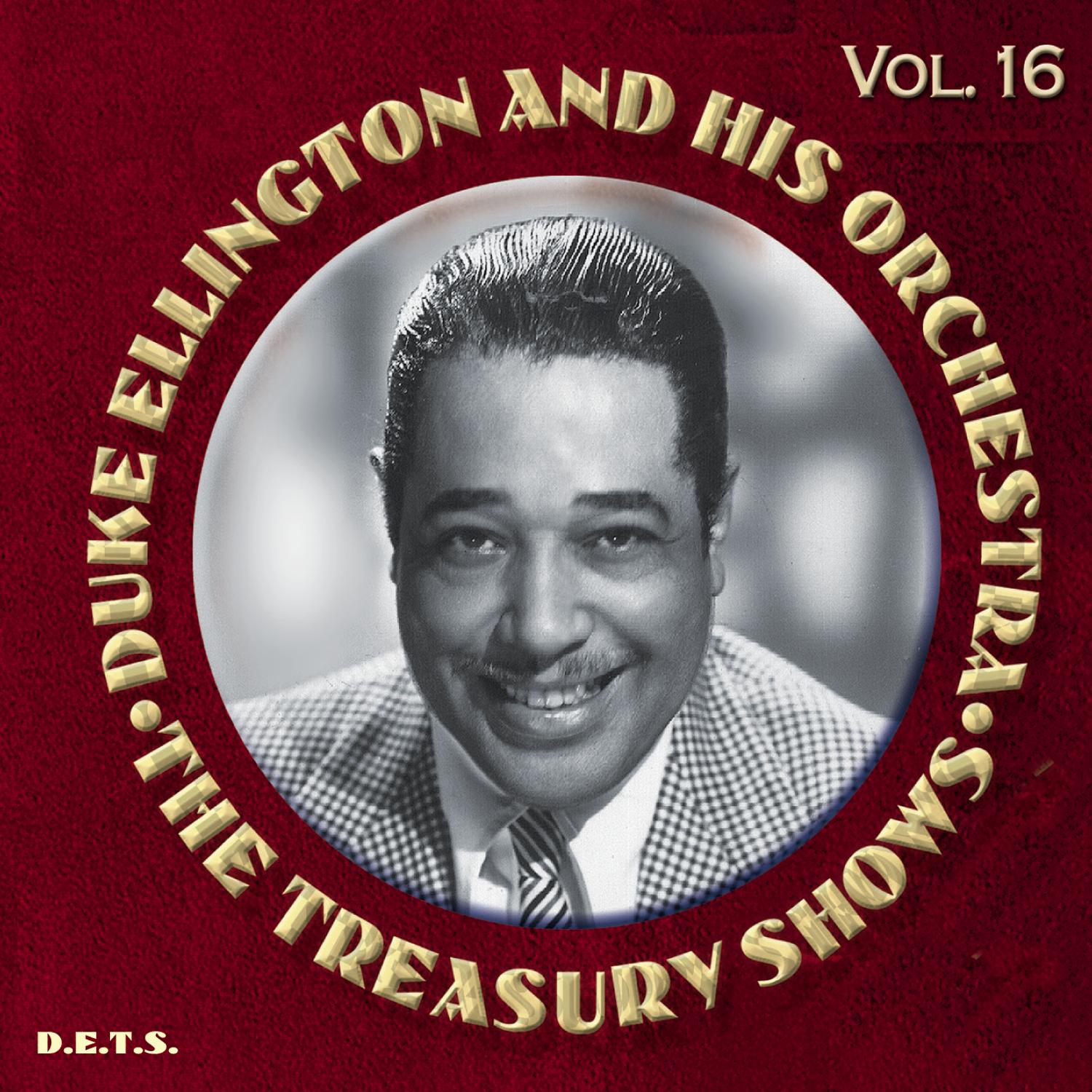 Storyville Records is proud to present Duke’s Treasury Shows. This edition is number 16 containing the Treasury Show 30 and 31. There are 44 Treasury Shows and all of them will eventually be released. Treasury Shows volume 16 is a two CD-set. CD 1 contains Treasury Show 30 with ‘Come Sunday’ and ‘Light’ from ‘Black, Brown and Beige’ and ‘I Ain’t Got Nothin’ But The Blues’ with vocals by Al Hibbler and Kay Davis + ‘Cotton Tail’ and ‘Waiting For The Train To Come’ and many more. There are three unissued bonus tracks from June 1943: ‘Bakiff’ from MBS broadcast, ‘Pastel Period’ from the Hurricane Restaurant + ‘Just Squeeze Me’ and ‘Main Stem’ from MBS broadcasts from The Hurricane Restaurant, June 7, 1943. CD 2 contains Treasury Show 31 with ‘Jack The Bear’ with bassist Oscar Pettiford that now was in the band plus unissued bonus tracks from May 30 ‘The Canteen Bounce’, ‘Hayfoot Strawfoot’, ‘A Slip Of The Lip’ broadcast from Radio City ‘The Fitch Bandwagon’ and ‘Moon Mist’, ‘Ring Dem Bells’ from MBS broadcast ‘Pastel Period’

To summarize, this is a worthy addition to this important series of Duke Ellington recordings. I can recommend it to those curios about the series as a representative set with some very interesting recordings. Of course, if you are a Duke Ellington specialist you already own this set and need no further recommendation from me.