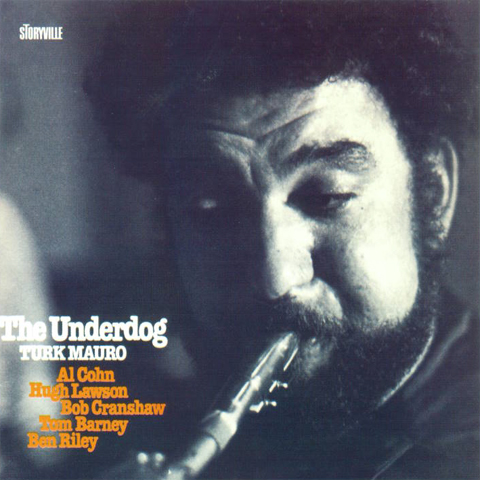 In 1977 when these recordings took place, Turk Mauro was no wet-behind-the-ears youngster. He was born June 11, 1944 and has been playing professionally since his early teens. His first gig was on clarinet with his father's band at eleven. His career has seen service with a lot of R&B bands, yet he has worked with Roy Eldridge, sat in at The Metropole with Red Alien many times and played with big bands led by Claude Thornhill, Woody Herman and Buddy Rich. Although Turk plays all the reeds he has been concentrating on tenor- and baritone sax as can be heard here. This CD is a wellcome reissue of Mauro's initial recording under his own name for the then newly established Danish "Jazzcraf' label but now including previously unissued tracks and alternate takes not on the original LP. The presence of Al Cohn on this disc makes it even more interesting for todays listener!