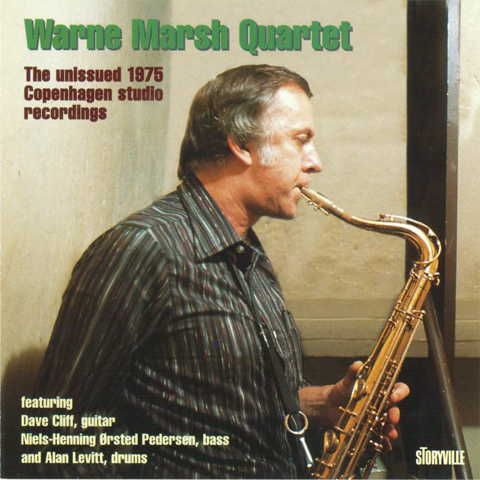 Towards the end of 1975 the Danish Jazz Exchange, made up of 100 dedicated jazz enthusiasts, decided to set up a fund to bring over their favourite musician and by an overwhelming majority vote Warne was elected to this position. It was decided to record Warne in the studio; now, for the first time, the results of the Rosenberg Studio dates are released. This compact disc comprises the quartet titles with Warne leading British guitarist Dave Cliff, Danish bass player Niels-Henning 0rsted Pedersen and American drummer Alan Levitt, all of whom had worked with Marsh during the month of December. The day after the quartet date Marsh, NHØP and Levitt returned to the same studio. You will find the results of the trio session on Storyville STCD 8278.