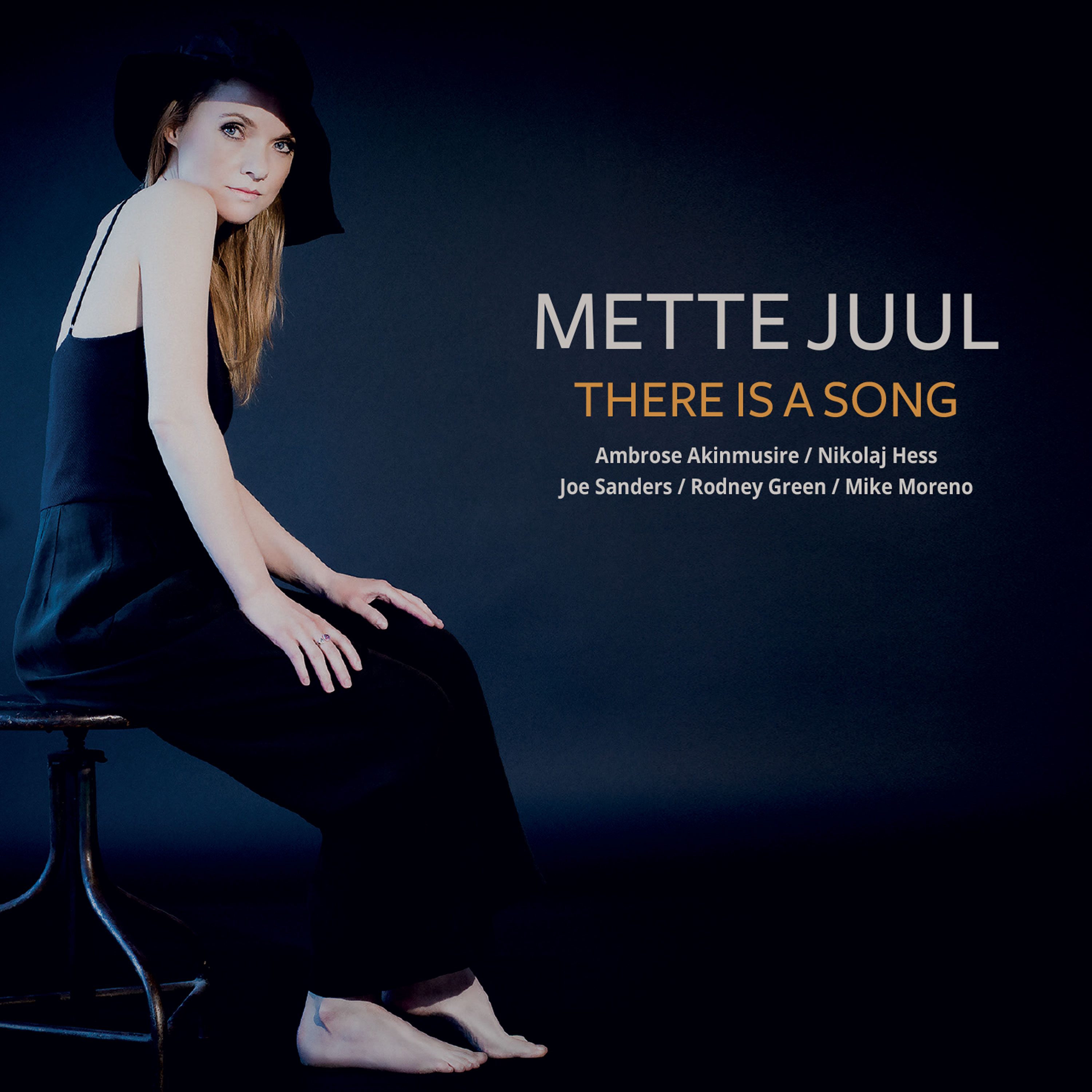 There Is A Song

The Danish vocalist and singer-songwriter Mette Juul originally wanted to record a classic jazz album. However, the songs that she started writing were inspired by American women singer-songwriters. The album features American trumpet player Ambrose Akinmusire.

Mette Juul has won international awards and has received much critical acclaim for her albums Coming in From the Dark (2010) and Moon on My Shoulder (2012).

Allowing the music to breathe freely

Mette Juul’s third album is inspired by her personal, musical search and at the same time by her cooperation with the New York based trumpet player Ambrose Akinmusire, who was also featured on her second album. The album has become a journey into her inner self while also having been formed by her worldwide touring. The songs have been written in New York, Italy, Paris and Berlin and in her current home base in Copenhagen. Mette Juul has co-produced the album with New York based Danish piano player Nikolaj Hess, who in on the project from the very first jam to the icy cold day of recording in New York City. His exuberance was an energizer, and his “less is more” style of playing lends a natural lightness to the songs. The bass player Joe Sanders (US) merges with her music and breathes freely, the drummer Rodney Green (US) favors the brushes on several songs, and the (US) guitarist Mike Moreno’s rhythmical sense and jazzy tone bring the songs closer to jazz standards. Ambrose Akinmusire once again shows Juul that he has a special understanding of her songs and her texts and is an active collaborator in telling her stories.

Back to the start
“There is a Song” is stylistically and lyrically inspired by strong female singer-songwriters. With this album Juul has returned to her roots. On her two former albums Mette Juul recorded both her own songs and a number of standard and modern jazz songs. “There Is a Song”, however, is closer to a contemporary, jazzy singer-songwriter album containing almost entirely her own compositions. She creates a universe inspired by places and cities she has visited and delivers a clear message: Look after each other and the world. The album comprises a number of calm yet strong jazz songs with the vocal up front, supported by a quintet whose constellation leans closer toward jazz pop, blues and folk than toward a classic jazz quintet.

There are songs all over the world
Ever since  Mette Juul's childhood songs have offered her a room of her own. With this joy of singing as a loyal partner through life she has written ten new songs for her new album: A song for her husband, a song for each city she has visited, songs for the ocean, the nature and the moon, a song for the Danish hamlet in which she grew up and a song for the place between two people. The album creates a ring around both the inner and the outer journey with a title song which clearly states that there are songs everywhere in the world worth listening to and people whose songs may inspire us.