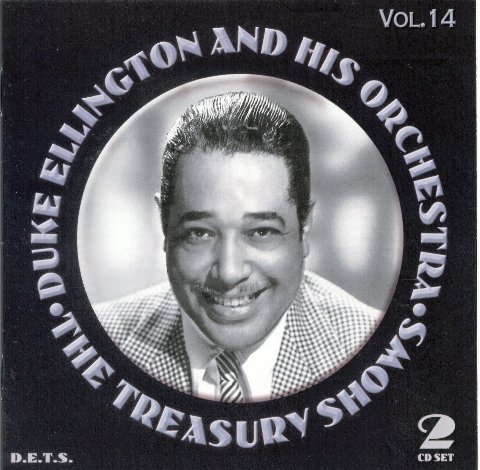 This is volume 14 of Duke Ellington “The Treasury Shows”. CD 1 contains DETS 26 and parts of DETS 27 recorded October 13, 1945 CD 2 continue with DETS 27 and parts of DETS 28 recorded October 20, 1945. Jerry Valburn is the Producer of the DETS series that was launched on April 7th, 1945 while the band was performing at the 400 Restaurant in New York City. These wonderful broadcasts ran through November 1945 and picked up again in April 1946 through early October. It is something of a miracle that these precious broadcasts survived all these years and are in such good quality as well. The DETS series will result in 24 double CDs at its completion