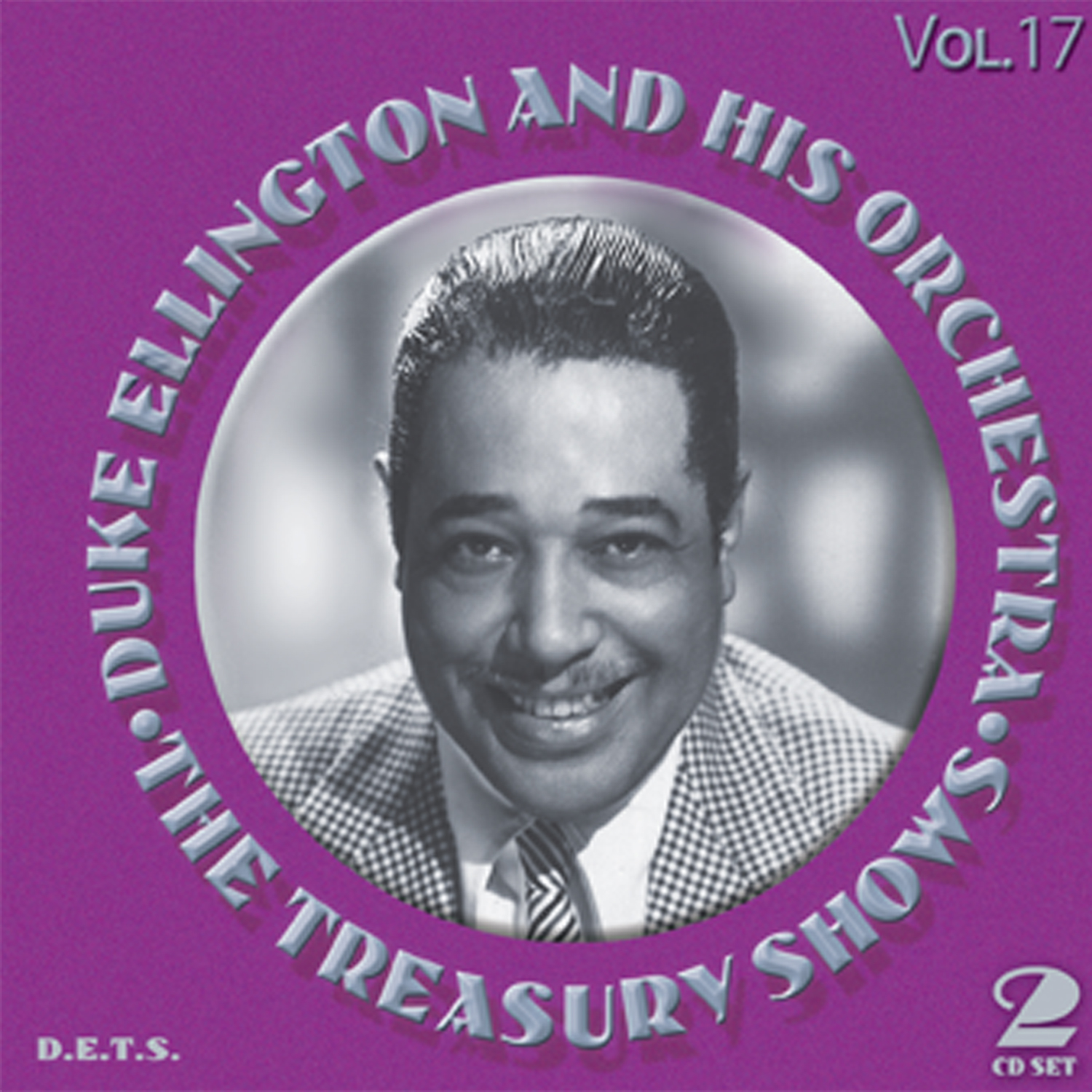 Storyville Records is proud to present volume 17 in the Duke Ellington Treasury Shows series. In April 1945, to promote the sale of war bonds, the Treasury Department contracted Duke Ellington to do a series of 55 min public broadcasts. This double CD contains broadcast no. 32 and 33 complete with radio speaks and encouragements to buy bonds + bonus material and extensive liner notes.

CD1 features broadcast no. 32 which was recorded at Radio City Studio 6B in New York City on November 24, 1945. The CD also features 11 bonus tracks from two broadcasts at the Hurricane Restaurant recorded April 9 and 20, 1944

CD 2 features broadcast no. 33 recorded at the Civic Opera House in Chicago January 20, 1946. The CD also features five bonus tracks from the Hurricane Restaurant in NYC recorded April 21 and 24, 1944

The whole Duke Ellington Treasury Shows series will be 24 double CD’s. So far Storyville has releases 17 and the rest are on the way! Treasury vol. 17 is the latest in the series.

Listen to these highlights from Duke Ellington and His Famous Orchestra