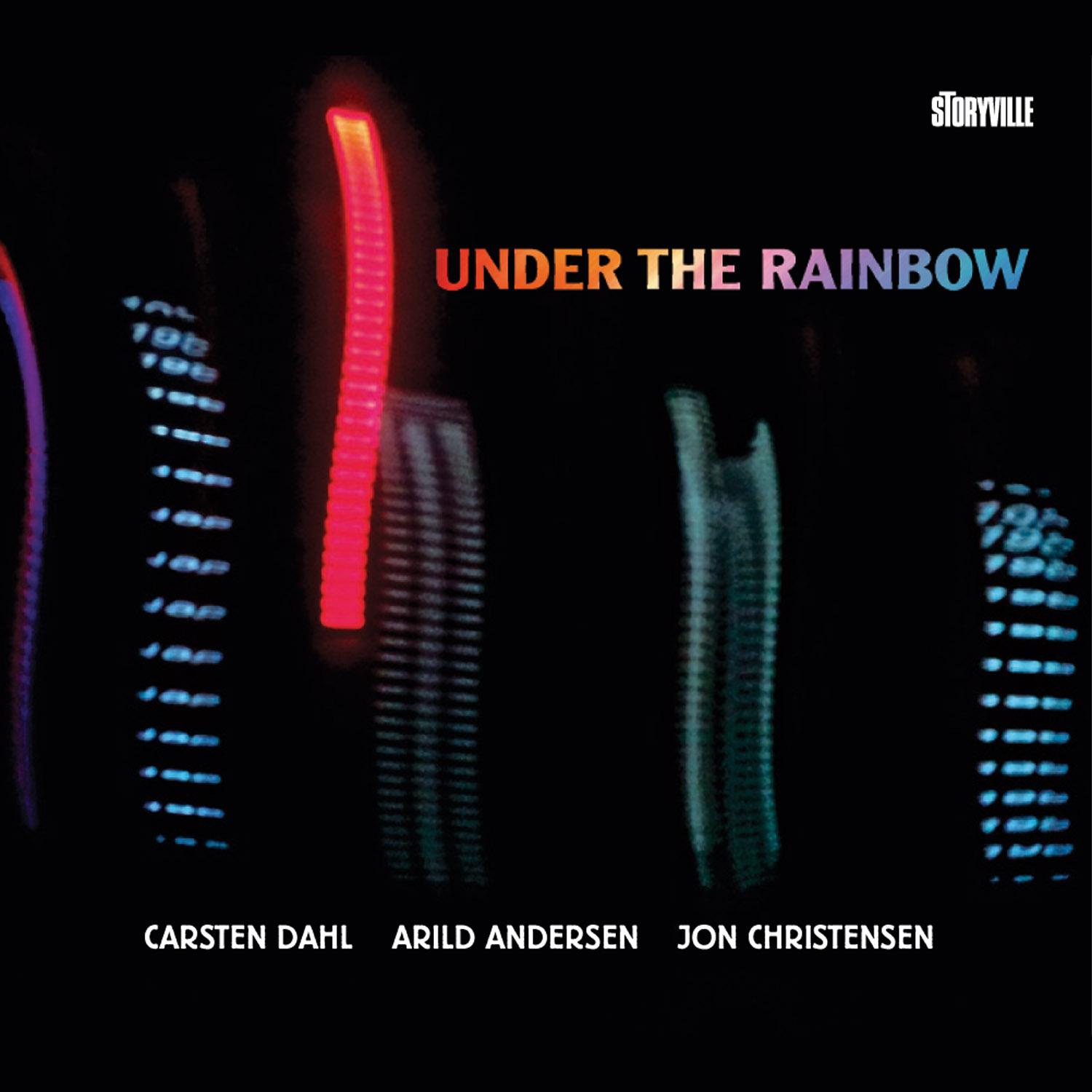 Three of Europe’s best improvisers meet yet again: Carsten Dahl (piano), Arild Andersen (bass) and Jon Christensen (drums) have recorded a new album featuring state-of-the-art jazz improvisations. “Under the Rainbow” is a follow-up to the critically acclaimed “Space is the Place” recorded in 2011. An album described as:

“a modern jazz album that meets the standards of Keith Jarrett, Brad Mehldau and a small handful of other trios” -Terje Mosnes, Dagbladet, Norway

2 years later in April 2013 the trio met again in the legendary Rainbow Studios working Jan Erik Kongshaug’s versatile skills as recording engineer. It is not unreasonable to expect the sound quality to be perfect. All tracks are by the group, except “Koloni på yderkanten” and “Two geese in the sky” which are written by Carsten Dahl. The music on this CD is improvisational music in its purest form.

“Here - under the rainbow it is for us – so easy it to interplay and fly together. Down and up there.” - Carsten Dahl

Carsten Dahl is one of Scandinavia’s leading pianists and has played with Ed Thigpen, Benny Golson, Eddie Gomez etc. Arild Andersen is one of Europe’s leading bass players since the early seventies. Jon Christensen is an active drummer, and a member of the legendary Keith Jarrett "European Quartet” in the seventies. Both Andersen and Christensen appear on several recordings on the legendary ECM label.

Improvisational conversations that sometimes never meet, forever running near one another in parallel lines, while at other times, the three voices come together with a haunting beauty. Not your everyday piano trio recording. Also, if I remember correctly, their last recording, Space is the Place, rated a mention in the Jazz Picks column. Worth checking out both albums.