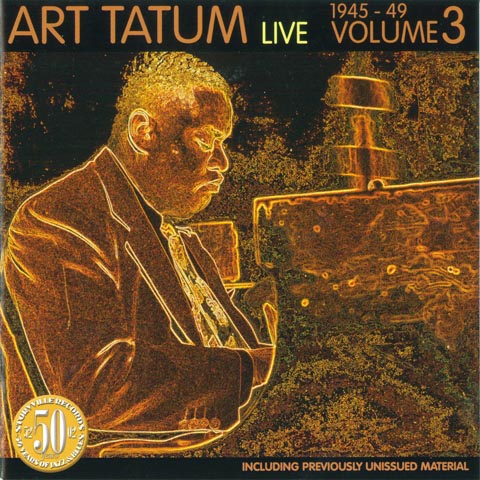 Art Tatum, with the lightning-speed of his ideas and execution, was one of the most amazing pianists, ever - in any genre. This previously-unissued music presents Tatum at his best; the CD is both a textbookin piano-playing and a thriller, because what Tatum actually does, seems impossible.This CD contains 74 minutes - 20 tunes - of solo piano performed by Art Tatum. The first two numbers, from 1945 & 1946, are from V-discs; the next eight are radio broadcasts from 1947, and the last ten numbers are from two private-party sessions in 1949, where his playing is more free than in the studio. The repertoire consists of popular tunes of the day, plus a Chopin waltz.