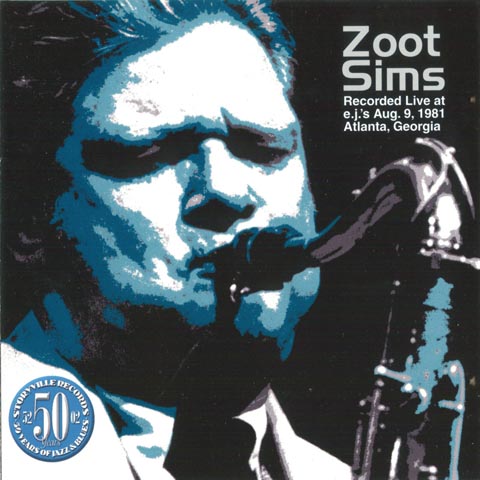 The music on this CD (69 min./10 tunes) has never been released before. The music was recorded live in a nightclub in Atlanta, Ga., in 1981, and features Zoot Sims with a top local rhythm section lead by pianist Yancey Korosi; local tenor sax-player Rick Bell sits in on the last three numbers Sims plays in an easy-swinging, mainstream jazz style, heavily influenced by Lester Young. The repertoire consists of tasty and tasteful standards, including tunes by Dizzy Gillespie, Duke Ellington, Fats Waller and Harold Arlen. As always, Zoot Sims uses his beautiful tone and lots of melody to tell his story, rather than firing off endless notes and runs. Mostly known for his tenor sax-playing, Sims also shows his fluency and warmth on soprano sax, for example on an up-tempo version of ”Softly, As in a Morning Sunrise”. Zoot Sims beautiful, warm tone and perfect phrasing stem from his major influence, Lester Young.